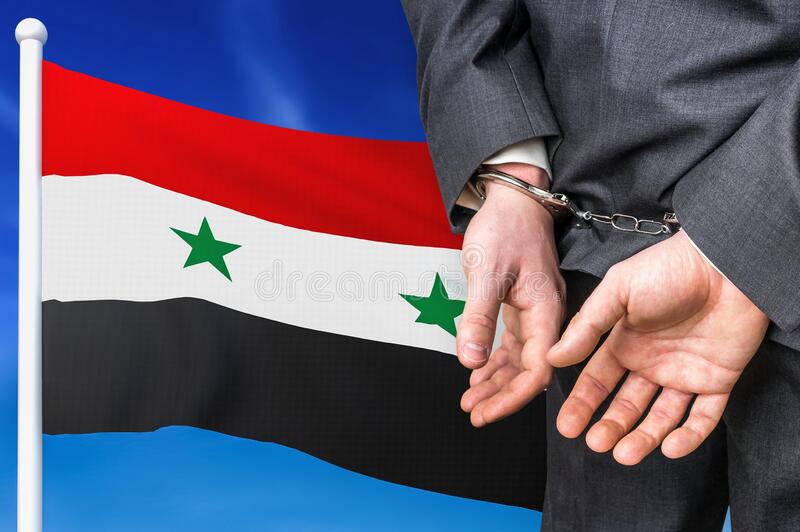 October 11, 2012 11:00 am 0
Syrian Youth: The Fight Within
Obama Should Draw Two Red Lines in Syria
Syria Real War Will Start After Assad

Large sums of money are the lifeblood of dictators. They keep them in power and they can return them to power if necessary. From information stitched over a very long time by the Syrian opposition, we know about the Assad family two large sources of revenues they rely upon to keep them in power.

One was the pilfering of the funds generated from Syria’s oil resources, which we estimate to average $1 billion annually starting in the mid 70’s until today. The other source came in the form of racketeering, bounty, or blackmailing the wealthy Arab rulers in return for a “terror-free” zone or relations. This information was provided by a trusted messenger carrying funds from wealthy Arab rulers and who later became an RPS member.

We estimate Assad’s blackmailing the oil Sheikhs to have fetched his family between $300 million and $500 million annually, which partially covered costs associated with expanding the economic zone in the Sahel region and to fund secret and loyal businessmen in the west.

Alaco, whose business intelligence work has trailed the Assad fortune in the past, believes the information it has about Assad’s wealth is but a fraction of the real wealth hidden in various countries and banks overseas. Iain Willis, the head of research at Alaco, said the millions of pounds frozen in British bank accounts make up just a fraction of the regime’s estimated global wealth. The frozen accounts Willis spoke about covered about £1.5 billion.

If what the EU and the US froze is but a pittance, where is the real money hiding today?

Alaco believes Assad has hidden the money in countries like Russia and Hong Kong. From our perspective, this is a cold trail leading to nowhere. Stashing billions in countries who also control your destiny is dumber than dumb. While none of these supportive countries will freeze these assets today, their leadership will not hesitate to find the right excuses to obfuscate the matter should Assad be assassinated or even deposed from power. The money will melt away into other government-controlled accounts or will be preserved for future clandestine work no one can trace.

Here is a scenario we believe is closer to reality.

Imagine if you were a wealthy Venezuelan citizen —  real passport with a fake name courtesy of Chavez — and you transferred your holdings in Syria to a European bank as a legitimate businessman with some good old fake documents courtesy of the Assad regime. Your name appears no where on any list, including the much accurate and feared OFAC list of the US Treasury, and your paperwork seems legitimate and extensive; further, the fact you have a Venezuelan passport adds to the credibility of your story because Venezuela has close relationships with Syria.

No European bank, even if it smells a rat, would refuse a nine digit transfer with the potential for high annual fees on the money, which could run in the millions or tens of millions of Euros as potential profit for the bank.

When it comes to money, a capitalist system would turn a blind eye to excesses of Arab rulers. The earnings they could generate impacts the foreign policy partitives any government imposes to demonstrate its transparency. Behind the scenes, western government select the interests of their own businesses over some third world country. Unpleasant but real.

The same story could be duplicated in any EU bank by a number of people with fake passports provided by friendly and unsanctioned nations; and even if the host State “captures” the essence of the real owner, there is a high probability any EU country would turn a blind eye to hidden Assad family fortunes. They have done it before quietly for other undesirables and they will do it for Assad.

Western foreign ministries will justify it by claiming they are “keeping a close eye on the movement of funds to contain terror”.

The mystery question is who is the passport owner.

Assad has a long list of loyalists he relies upon and whose names are as secret; they never appear in public or make waves. Can anyone name, for example, any Alawi religious leader? Or draw a list of the ten most prominent people in Kardaha — birthplace town of Hafez al-Assad — who also do not work for any government entity or militia or businesses owned by Assad? This is not fiction and those who know just enough about how sacred secrecy is to the Alawites of Syria, or who are experts in the Soviet-style regime built under Stalin, and fine-tuned with time, will tell you how real this scenario is.

Here is another scenario to hide the Assad family two sources of revenues.

Let us suppose Assad is over-paranoid and he takes no chances by relying on any western bank using any fake documents.

This second scenario relies on existing and trusted businessmen, already in Europe with considerable accumulated wealth. Again courtesy of the Assad regime and their blackmail strategy against Arab rulers through direct or indirect lucrative Gulf contract awards. The assets of those businessmen have been on the books for tens of years creating a legitimate cover for any transfer to any account under any pretext. Two such legitimate businessmen we know of are Aksam Barakat in Slovania and Othman al-Aedi in France and the UK.

LOYALTY WITH A WHIP

These men are loyal to Assad, but just in case they have second thoughts after his fall, Assad has appointed a death squad to pursue their family members. This is not science fiction. You have to live in the heads of these Arab rulers who acquire illegitimately their power and wealth; especially those who by their very nature live with total secrecy like the Alawites do because of an old history of persecution due to their beliefs. They are constantly looking over their shoulders and they have plans with several backup possibilities in place to satisfy their paranoia.

The US and the EU have an obligation today to assign clandestine task forces whose job is to pursue the trail of the assets of Assad in order to freeze or recover them on behalf of the Syrian people. They are the legitimate proprietor of these assets. If Assad is hiding his assets in the west, then the west must act. It becomes, intrinsically, its responsibility.

Short of that, Syrians will only manage to squeeze the Assads after they liberate Syria if they pursue the trail of money diligently. This requires discipline and knowledge that western prosecutors are familiar with that today’s Syrian prosecutors and legal experts have no experience in.

Like the Jewish people relied on the experience of their scientists and experts in the Diaspora to protect themselves after WWII, so will Syria rely on the expertise of some 16 million expatriated Syrians to harness the knowledge required to pursue the Assad family fortune that was pilfered during 42 years of illegitimate rule.

Such can only happen if Syrians rule the country with transparency, and if Syria signs the necessary world trade protocols it has avoided under the Assad regime. Sort of a new Syria whose new leadership is honest and trustworthy; however, and unfortunately, the temptation for corrupt practices will always win the day.