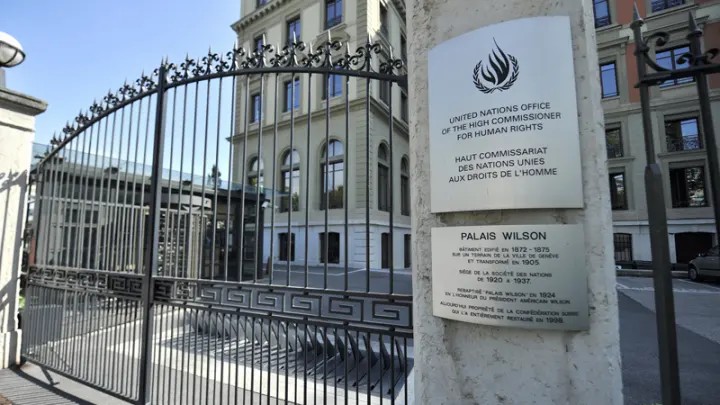 Assad May be Brought to Justice Now

October 18, 2012 9:43 am 0
About War Crimes and Sectarianism
The New Danger To Europe Isn’t ISIS. It’s Assad’s Thugs.
If the Roman Empire Fell to Terror, What are Assad’s Chances?

Avaaz, a citizens group and social movement organization, has documented up to 28,000 Syrians who have disappeared with many feared dead or still under torture in Syrian jails. Add this number to over 30,000 dead Syrians and you would understand the Assad tragedy, which has touched every life in Syria. The good news is that Assad may be brought to justice now.

It is hard to imagine such barbarism; but not from a family who believes it can wash Syrian blood off its hands or the hands of those who have systematically and savagely killed on its behalf. The Syrian people are known for their kindness, open arms, and patience but they will not be so kind, so open, or so patient come judgment day for this regime of terror when it is toppled. Justice will be administered with the fullest extent of the law.

However, there may be reason enough to administer justice not only against Assad, but also against the leadership of Hezbollah and Iran if the EU tags along on a revolution it has supported from day one.

In fact, since Hezbollah and Iran are full participants in the Syrian civil war, their leadership may also be brought to justice under the same provisions covering Syrian lands. The international community must dutifully and expeditiously investigate the legal facts and act on this issue to stop the carnage against our own people.

STEP OUT OF THE WAY Mr. PRESIDENT

If Barack Obama does not want to assist Syrians from the terror of Hezbollah and Iran because of his defunct policies, he cannot stand in the way of a fair and equitable judicial process whether domestically or internationally. That process can also be sparked by legal action from any Syrians or members of their families who have suffered the consequences of the Assad terror machine.

It’s time for the EU to drop its mask and act with courage. This is about Syrian civilian lives who should not fare any less than the Palestinian lives the EU supports fully and for whom the EU is willing to prosecute a sitting prime minister and a sitting foreign minister of Israel. Assad, Hezbollah, and Iran, the real masters of terror, should not get a preferential treatment.

Here is the video documenting some of Avaaz findings.

Assad May be Brought to Justice Now