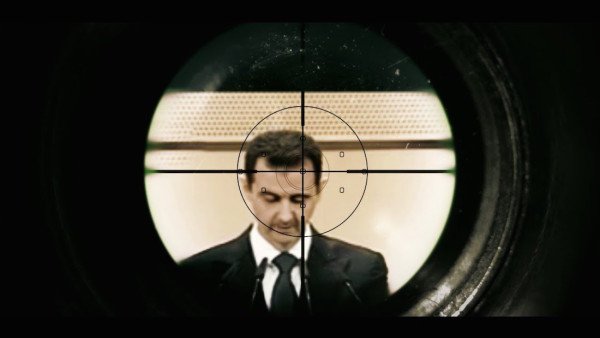 February 11, 2016 2:39 am 0
Saudi official says Russia will fail to save Syria’s Assad
The New Faces of the Syrian Opposition
Choosing one’s wars

Syrian  [psychopath] survived alleged assassination attempt, but 4 of his convoy members were killed in the attack, when Grad missiles launched by the opposition faction hit the convoy.

Ahrar al-Sham, a central opposition group in Syria, has claimed responsibility for launching missiles against the convoy of Syrian  [psychopath] Bashar Assad during the funeral for his mother in al-Qardaha on Monday, Syrian media reported on Wednesday.

Assad survived the alleged assassination attempt, but four of his convoy members were killed in the Grad missile attack.

The reported attack on Monday took place within a Ahrar al-Sham’s wider battle against Russian targets in Assad’s hometown, the city of Qardaha, which currently hosts many Russian forces.

On Saturday, Syrian media announced the death of Assad’s mother, Anisa Makhlouf, at the age of 86. Makhlouf was the wife of late president Hafez Assad, who ruled Syria from 1971 until his death in 2000.

Will the Russians Kill Maher al-Assad?
ISIS Will Strike Repeatedly if Obama Keeps Ignoring Assad’s Terror
Saving Assad will come back to haunt us one day
Syria News 1074 Things That Matter 342