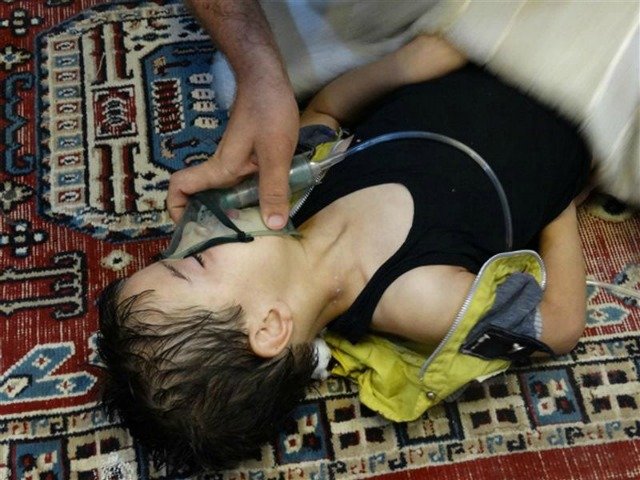 Obama is attacking ISIL as a cover to shore up Assad and his regime. The Obama rescue operation of the Assad regime will continue until November 24, the day US-Iranian negotiations are supposed to deliver a deal on the Iranian nuclear program.

If Khamenei is pleased with Obama’s performance (i.e. Obama rescue operation of Assad), the president is calculating Iran may yield on some of the most difficult issues during the negotiations. As part of a goodwill gesture towards Khamenei, Obama has entered the Syrian theater not only to help defeat ISIL, which Assad started in the first place, but also to help Assad quickly end the war to his favor. All circumstantial evidence is pointing to this reality.

Consider one such evidence that beats all logic. How did James Foley, captured by the Assad Shabbeeha forces, ended up in the hands of ISIL? His killing is what triggered Obama to begin the Assad rescue mission. Assad could not win the war after three years of savagery, so Obama is coming to his aid, using James Foley as a scapegoat, to win the war for him. I hope the Foley family has already connected these dots.

Consider another, how does one explain Obama ordering airlifts to help the Iraqis starved by ISIL, but refuses to airlift any aid to help Syrians starved by Assad?

Or another, Assad has tripled bombing civilians and FSA positions in Aleppo (to the tune of 200 sorties the last 36 hours), ever since US fighter jets have attacked ISIL positions. In military terms, this is called Overwhelming Force. It is a coordinated effort to decimate all the enemies of Assad.

Humanitarian relief is not a political football or a weapon. It is a fundamental human right many countries have embraced to include the generosity of the United States to assist all those in need. Refusing to aid one group and not the other politicizes immorally how leaders respond to tragic events. When Obama accepts the starving of the Syrian people because he hopes to score political points, all hope is lost that Obama truly understands what it means to be the President of the United States.

What does it mean to trade civilian human lives for an agreement when Obama has all the power on his side to refuse such a request? Ask yourself this question because it sheds a light on who Barack Obama is, a weak president looking for glory when he deserves none. He could have easily told Iran that he will not arm the FSA, but also he will not permit Iran to dictate the humanitarian efforts of the United States.

The ends justify the means one could say. Grant you, this is an argument I agree with. In this case, however, there are no assurances the ”ends” will conclude to our satisfaction, and more importantly, Obama could have averted this particular “mean” by refusing to let starving people become a political football.

Is it not enough that he has helped Assad stay in power by refusing to arm the Free Syrian Army? Does he also have to sacrifice women and children because he is unable to confront Khamenei or stand his grounds as the President of the United States on matters dealing with moral fortitude? What kind of a president ignores unbelievable human sufferings when he knows the perpetrators are capable of genocides?

The real Barack Obama is appearing before us in the tragedy of the war in Syria; willing to sacrifice hundreds of thousands of people for a deal he may not sign or may harm US interests.