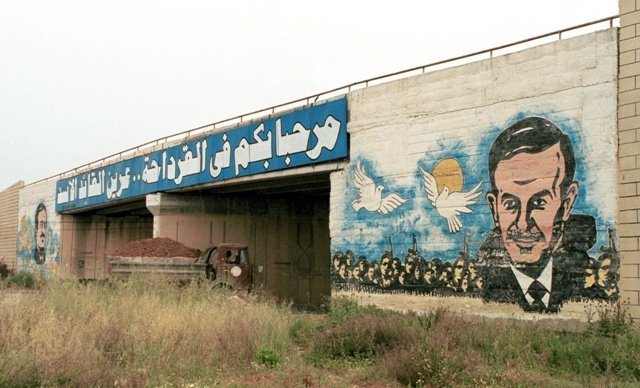 Fear Grips the Assad Military Too

Fear in a totalitarian regime is a two-way street. We see fear expressed in the masses living under extreme and intolerable despotism, but we rarely see fear within the despotic regime. Unless when despotic regimes are facing a civil war. Then fear grips their military too.

Kuluna Shuraka’a (All4Syria) reported that these rosy military reports emanating from the field by officers waging the Assad war have been filed out of fear. The results have been disastrous for the Assad regime as it relied upon these fake reports detailing military gains in one region or the other when the truth was the Assad forces were taking a beating.

The most damaging reports filed were in Sahl al-Ghab where the Assad military command responsible for defending the region closest to the city of Latakia were remiss in their duties. Assad has been relying on these military reports to make false claims in his interviews with the western media.

Why would the military command file false military reports about gains that did not materialize? Was it to boost morale or was it for fear of the Assad regime in Damascus, which is similar to the fear that any Syrian may feel? We believe it is the latter. Command and control are not in the propaganda business. Their job is purely scientific that politicians rely upon for policy.

Fear grips the Assad military too, which does not bode well for the Assad regime if it assumes that its commanders on the field are filing false military reports that show military gains when the truth is the Assad forces are losing ground to the rebels.

Their fear may also be related to being labeled as losers of one battle or the other when so much is riding on their success by so many pro-Assad Syrians.

Those responsible for defending Sahl al-Ghab are Alawites elite forces that include the NDF or the Shabeeha. Punishing them for inventing military gains they could not muster is not an option for the regime. Replacing them is. This may be the fear that grips them. To look like losers.

Let this be a lesson to U.S. military leaders they could take advantage of in the future when confronting other regimes of fear. When fear grips the military forces of a rogue regime should make for an interesting class at any military academy.

Fear Grips the Assad Military Too