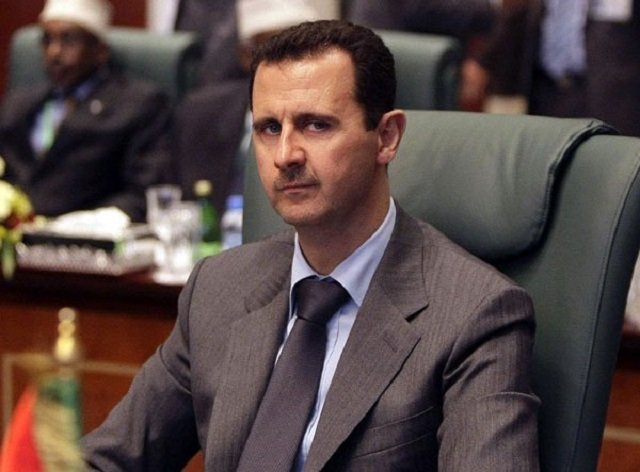 The Middle East has experienced a paradigm shift in recent years prompted by unfinished business in Syria and Iran. At the same time that countries in the region watch Iran and Syria expand their influence in ways that threaten the fabric of any moderate views and the existence of Israel, the US public has voted for a new cadre at the White House that has, with some evolving degree of spin, been oblivious to the threats posed by Assad and Ahmadinejad.

Such cannot be said of the Bush-Cheney era with one exception: When it mattered most, President Bush unfortunately blinked on Syria and Iran. Had he only listened to VP Cheney, the world would be a different and much better place today with the clipped wings of Syria and Iran representing the ultimate policy of deterrence.

As witnesses of history speeding past us, we must unequivocally hold accountable all those who promoted the notion of engagement, appeasement, or containment of Syria in addition to all those who embraced the notion that Syria can be peeled away from Iran if only we can engage with Assad. They owe us an explanation for the very same reason they demanded an explanation for the liberation of Iraq. For any realistic analysis conducted today to differentiate between deterring factors separating the moderates from the extremists, it would not be surprising to discover that the extremists have been chipping away at the moderate views through a patient policy of “Lure and Haul.” This is done at a time when regional powers seem to have lost contact with reality as they defend against the tide of Syria and Iran by administering the “Bucket Policy.” The surge is sweeping all of us and the dormant US Administration relies on Senator John Kerry using a bucket to stop it.

Meanwhile, Israel, whose military establishment has resisted regime change in Syria, finds herself in the throws of limited moves, unwanted propositions, and concerned outcomes. The mouse, to quote a saying, never entrusts his life to only one hole. Trusting Assad for so long has limited Israel’s options to a trickle all of which are undesirable. I, personally, do not want to be in Bibi’s unenviable position today

But Israel has always impeded its haters and aggressors where it mattered most for its security: Military Power. However, judging from a surprise visit to Syria by the weapon dealmaker Medvedev and the Iranian unstoppable nuclear ambitions, it may not be long before Israel loses to Syria and Iran in a field long considered essential to Israel’s survival.

When that happens, the region will, after the Syrian-Iranian-Turkish axis kicks the Americans out and weakens Israel to the point of surrender, embark on a war of 100 years where Sunnis and Shiites decide finally to settle their 1,400 year history. When there is no arbiter in the ring, boxers have a free reign to kill each other.

Today, Israel’s choices are limited to one: Regime change for Syria. Forget the progressives and the naysayers supporting Arab oppression and calling it human rights. Forget the Left risking their necks for peace but hiding when Oslo stares them in the face. Forget the US Administration also preaching peace between two weekly cocktail parties at the White House.

Learn from the past mistakes that time is not on Israel’s side because Syria and Iran have been consistently winning on all fronts. Had we overthrown Assad in 2004-05, the field would be different today and possibly much less complicated given most Syrians are moderates or secular and not extremists as Assad successfully painted all of us. The more time goes by, the more Syria becomes a threat to Israeli existence and everyone seems to take advantage of a willing Assad to poke their old enemies in the eye or to play for oil, power, hate, and hegemony.

Region is ours to shape

To understand how Assad uses Israel’s Left to his advantage, read the al-Jarida Arabic news item that points to a heated discussion inside the Israeli government over whether Israel should concentrate on hitting Syria, instead of Hezbollah, in the next conflict. Two days later, Assad proposes peace to Israel thus forcing Israelis to enter into a heated debate, which allows his regime valuable time to prepare for his day of reckoning when Israel is weakened to the point of surrender.

And each time peace is evoked, Israel seems to be the ultimate loser. The cards have to be thrown up in the air again and let them land where they may land because it is too late for Israel to win with either diplomacy or strategic maneuvering. The only superior asset left for Israel is military might and the only one left for Syrians is the internal Syrian societal make-up of a majority Sunni eager to put Assad’s era behind them and trade Jerusalem for a strong, peaceful, and culturally diverse Damascus.

But if both remain unused without inflicting regime change in Syria, Israelis will wake-up one day with their military prowess unusable and surrender is the only option left to survive. Because Syrians have long ago surrendered to Assad, we must tell you that the view from under his boot is rather grisly.

The region is ours to shape and it is ours to protect. As an American and a Syrian, it pains me to see all the good Israel has to offer the region go to waste with its democratic values, its scientific knowhow, and its influence on a new generation of Syrians more attuned to learning than following. But it threatens my very own existence when I see extremists represented by Hamas or Hezbollah, Syria or Iran expand their ideology to protect their narrow interests all of which keep us Arabs and Farsi people living under a candle light with swelled pupils gazing at hopelessness.

The Non-Punishable Terror of Car Bombs
The Art of No Compromise
Where is my Predator drone?
Radicalism 567