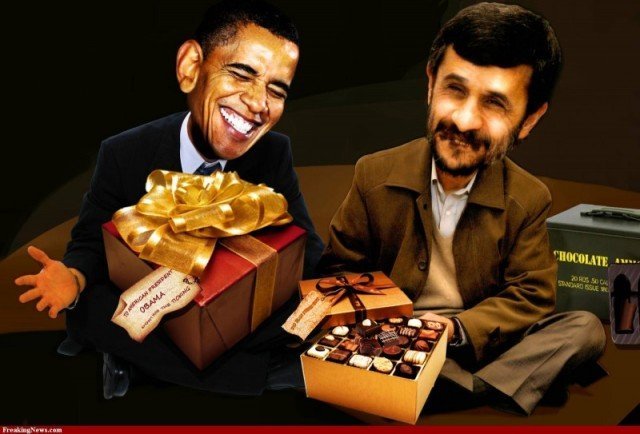 I don’t get the Jew haters

May 1, 2014 3:27 pm 0
Sunnis and Shia Can Build Syria Together
The bastards are stoning our women
Message to the CIA: When the Attack Dog is at Your Throat, Don’t Fiddle with his Cage Key

For heaven’s sake, less than 15 million Jews around the world have hundreds of millions of Jew haters spending sleepless nights considering where and how to draw their daggers to finish them off. What is wrong with this US Administration? One President hides his anti-Semitism and his Secretary of State cannot help himself.

I don’t get the Jew haters.

How would our President feel about racism? Intolerable you say? I agree, but so is Jew hating, Jew baiting, and anti-Semitism. What the #$%&*@ Mr. President! You should fire John Kerry for his nonsensical Apartheid statement.

There is no difference between the racist remarks of Clippers owner Donald Sterling and the Jew hating remarks of US Secretary John Kerry, except that ALL Clippers players, staff, and most Americans will not tolerate racism, but some in the Obama Administration are giggling with delight to hear Kerry threaten Israel. This is why Kerry crosses the line so often. Who will hold him accountable? The President? Attorney General Eric Holder?

You know how sports figures sometimes wear microphones to take their fans inside the game. Maybe the Wall Street Journal should ask President Obama and Secretary Kerry to wear a microphone for a week or so to hear really what they say during their game playing time. It will probably shock our dead great grandmothers.

What little people say publicly, you can bet they say it privately in much worse form than anyone can imagine. Habitual behavior make you lose sight of the slippery slope the way Kerry lost it.

Do you blame the Jews for being on their guard all the time? Do you blame them for continually working so hard to outsmart their enemies and for protecting themselves from their haters? What would you do if you were a Jew? Roll over when someone tries to exterminate you and wipe your history clean? It always begins with tolerating violence the way Mr. Obama is tolerating violence in Syria and the Ukraine.

In the years leading to Hitler?s rule, many Jews, out of nationalism, refused to leave Germany even though they were threatened publicly. Damn if they do and damn if they don’t. Any wonder why so many of them stand-up today and scream bloody hell when they smell anti-Semitism anywhere? Israel is their last destination in case another Hitler rises. An insurance policy Secretary Kerry wants to void and nullify.

Do you blame the Israelis for constructing more homes on the West Bank? A bullet could whistle from one end of Israel to the other in no time. Let alone the tens of thousands of rockets and missiles Assad, Hamas, Hezbollah, and Iran have pointed at Israel. The same Hamas buffoons Obama supported in Egypt, the same violent Mullahs Obama is making a deal with now, and the same Syrian mass murderers Obama is turning a blind eye to kill their own women and children at will.

Do you blame the Jews for not trusting Mr. Obama? Hell, no. He is comfortable with violence being perpetrated.

Arabs have more lands than we know what to do with. Give Israelis a break! Extend to them a real olive branch. Not one of those fake peace branches we believe Jews will fall for (Some in fact do, but those usually either learn fast or join J Street). Do you think Jews believe anyone with a silver tongue? It is all about the pudding.

To destroy 15 million people when we Muslims number 1.5 billion with so much land, so many people, and such vast resources is testimonial to our inferiority. Embrace others instead of screaming Islamophobia while we ignore our own violence.

Why is John Kerry trying to force the Israelis to make peace with the Palestinians whose public vows and actions are to destroy their country? Is it because Nobel Peace Prizes are irrevocable once some of the Palestinians start lobbing rockets into their neighbor?s house?

Here is a question for Mr. Kerry ?Which group of people you know on this planet, during anytime in human history, had their haters build special ovens for them?? There is nothing worse than the evil of slavery, except maybe the slow burning death of ovens. Harvard University should start a curriculum with that title and invite Mr. Obama to attend.

Would Kerry let a man whose vows are violent marry his daughter? Instead of “Till death do us part” would he have accepted his future son-in-law to say “Till I part you with death” during the marriage ceremony?

Jew haters spend an inordinate amount of time conspiring to harm Jews. Why? Is it because of religion? I doubt it. Listen to some of the speeches and sermons of the last three Holy Popes to realize how false this notion is. Pope John Paul II said anti-Semitism is a “sin against God and humanity?. I wish our Imams would begin speaking as wisely.

My conclusion is that Jew haters come in different colors. Those who hate success and capitalism (Applaud the progressive professors on US campuses), those who can’t so they blame those who can, those who can’t stand the notion Jews are smarter than they are, and those who pray to the wrong God or Prophet. The rest of us are just happy whistlers.

I say give Jerusalem to the Jews and the Christians, and we Muslims can keep Makkah, Medina, Karbala, Najf, Babbila, Qom. Contact me if you want the full list. Not enough space here.

Would we like it if the Jews claimed all these Muslim Holy Sites to themselves even though they are not mentioned in the Torah?

You know the secret to Jewish survival considering how many throughout history tried to destroy the Jews? They appreciate and respect their women.

This makes for one more group of Jew haters.

I don’t get the Jew haters.