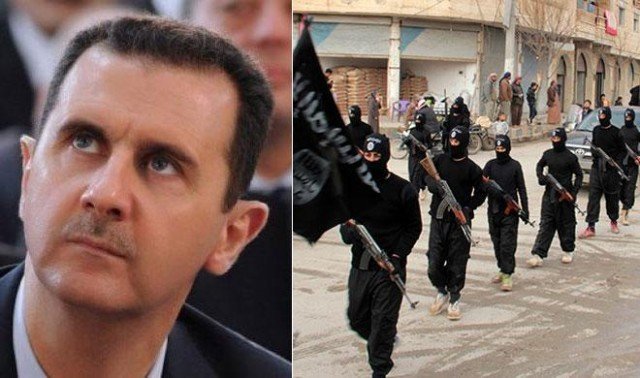 Why Al-Qaeda is Not Seeking Assad’s Death?

Why Al-Qaeda is not seeking Assad’s death? Why al-Qaeda or its followers have not called for the death of Baschar al-Assad? It’s a legitimate question to ask when one reads an article entitled “Al-Qaeda followers call for death of SEAL who wrote Osama bin Laden book“.

If Assad and AQ are such enemies and AQ is fighting in Syria against the Assad regime, the least the organization or its followers can do to help their cause is to call for Assad’s death. Why Al-Qaeda is not seeking Assad’s death?

It’s because the Assad regime and al-Qaeda cooperate on many common issues that bind the two terrorist organizations. For one, Assad used al-Qaeda in Iraq and al-Qaeda has benefited from the Assad “resistance” position because it highlighted the basis upon which AQ has built its fellowship.

Both complement and supplement each other depending on what outcome they each seek, which, more often than none, are a mirror of one another.

So when prominent Think Tanks in Washington allow for unsubstantiated analysis to decorate their pages, it’s only logical to ask one of the most elementary of questions many miss because of the fog of deception the Assad Stalinist regime has been so adept at.

Next time someone tells you AQ is fighting in Syria, ask them Why Al-Qaeda is Not Seeking Assad’s Death? If AQ or its followers have asked for the death of Assad, then follow with this question: How could they be fighting him without first making it easier by seeking his death openly and publicly?

If a filmmaker in Holland or a writer in Great Britain qualify to become the target of death threats of AQ, don’t you think Assad does too after what he has done to the Sunnis in Syria, the same religious sect of al-Qaeda?

Why Al-Qaeda is Not Seeking Assad’s Death?

The bastards are stoning our women
Message to the CIA: When the Attack Dog is at Your Throat, Don’t Fiddle with his Cage Key
Iran the cunning chameleon according to Harold Rhode
Syrian Revolution 1335