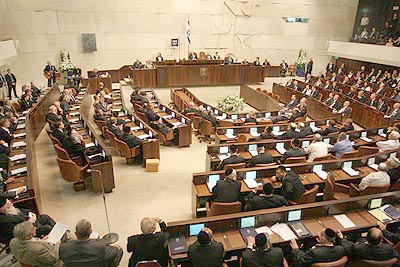 There is no escaping Israel

May 11, 2014 3:39 pm 0
Play-Doh President Residing at The White House
Why moderate Muslims should NOT speak out
The alternative to Assad is another Rafik Hariri

Any Syrian with any ounce of common sense knows today what the Assad family worked so hard to keep a secret: Israel is kinder to Syrians than Assad could ever be to his own people. What a revelation it is for many. I believe this will eventually bring down the Assad regime regardless of what Putin and Khamenei do to keep it limping along.

In 2007, by invitation from the Knesset, I visited the State of Israel to address its Foreign Affairs and Defense Committee led at the time by the Honorable Tzahi Hanegbi. In my capacity as one of the leaders of the Syrian opposition, my intentions were to clear a path for future generations of Syrians not only to grasp the reality of our weakness after 37 years of Assad rule but also to find a pragmatic way to bolster rapprochement based on mutual respect and recognition.

During the trip, many of my followers remained silent to the visit, but many, like the Syrian Muslim Brotherhood and some of the Arab Knesset members, saw the visit as an opportunity to sink their daggers deeper to gain a step over the most moderate forces in the Syrian opposition.

Considering how in total disarray the affairs of the Muslim Brotherhood are today, I would venture to claim many of their leaders wished they rode the bus, with the moderate Syrian opposition, as passengers instead of attempting to kidnap the bus to follow with what surely would have been the kidnapping of the whole country of Syria. Had the Syrian Muslim Brotherhood been more loyal to their country than they were to power, surely Syrians would have been spared the tragic civil war before us now because President Bush was willing and US troops were able, with little effort, to ship Assad to La La Land.

Do not expect any of their leaders to admit to their mistakes. I, on the other hand, blame them, as much as I blame Assad and the violent AQ extremists, for the 150,000 dead Syrians. We could have all been spared this tragedy.

Does anyone recall the folly of Lebanese politician Walid Jumblatt advancing the MB?s cause in Washington? People can inherit positions, but that does not make them worthy of it.

What prompted me to accept the invitation of the Knesset was the sense that there is no escaping Israel in the region. Any attempt at pretending enmity with a State that far outguns us and far outpaces us in every field imaginable is as foolish a deed as any Syrian politician or diplomat could ever commit. It is as sinful as pretending the Mullahs are not architects of nuclear urbanization.

Some in the Syrian opposition today, like Dr. Kamal Labwani, are coming to the same realization. My guess is that his time suffering in Assad? jails did not permit him to express how inescapable this fact is any earlier. Assad gassing his own people has indirectly helped the process, which strengthened Israel?s position. How ironic is that? The Assad family has invested so much to weaken Israel, yet its own actions and alliances tanked their investment.

When Syria strikes peace with Israel, I believe we ought to call the process The Ghouta Treaty or Accords to honor those innocent civilians whose lost lives are helping today the Syrians realize Israel is their friend, not their enemy.

Even major Arab countries, like Saudi Arabia and Egypt have come to the same realization judging from their parallel regional policy positions on security issues. One can say that the Mullahs of Iran are to blame for these parallels, but I believe there is something else at play here with this new generation of younger al-Sauds, ready to take the helm at the Allegiance Council in the post King Abdullah?s era. I believe the Allegiance Council will maintain closer relations with Israel regardless of any other imperative. As much respect as I have for Prince Saud al-Faisal, his Palestinian problem solving approach is outdated. Arabs ought to find ways to settle, on a permanent basis, the Palestinian people on Arab lands. We ought to our Arab brethren.

Many of this next al-Saud generation, I believe, see the wisdom of rapprochement with Israel not as a timely enemy-of-my-enemy issue, but as a necessity in this new order where the choice between Facebook and self-preservation is dealt a far more pragmatic hand. Therefore, while many see this strange eye-to-eye alliance between Saudi Arabia and Israel as a necessity because of Iran, I see it as a fundamental obligation to control another knee jerking Arab Spring in favor of much steadier installments of responsible liberties that would eventually lead the region out of its darkness. Only the White House remains in the dark of where and how the wind is blowing in the Middle East. As President Obama ignorantly helped the Muslim Brotherhood ascend to power in Egypt, he is now, as ignorantly, helping the Mullahs retain firm control of their destiny.

Some US Presidents learn quickly and adjust as nimbly to avoid future mistakes; some have this knack to learn anything meaningful starting their ninth year in office.