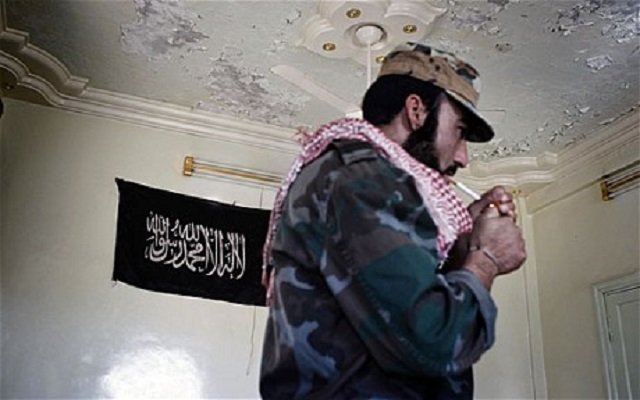 Anyone who believes al-Qaeda would rule Syria after Assad knows little about Syria.

Let us provide you with some basic facts to make our case.

There is no way Al-Qaeda would rule Syria.

Al-Qaeda would rule Syria is a non-starter argument.

The majority of Sunni Muslims in Syria are liberal-minded with many high officials serving the Assad murderous regime. They stand by Assad because of their political ideology, not because of Sunni Islam. As Nazis abandoned their ideology when they were defeated, so will the Ba’athists abandon theirs when the US makes-up its mind to defeat Iran by defeating Assad. All the liberal Sunnis will stand-up to al-Qaeda with the same fervor they all stand against Assad today.

There were no minorities serving in the Taliban Government of Mullah Omar. Check this fact only if you believe the sun will not rise tomorrow.

Who says Al-Qaeda would rule Syria is as ignorant as Barack Obama is.

On top, Syrians can rely on the March 14 Movement in Lebanon, the Jordanian Government, and the liberal Iraqis for support in defeating any traces of al-Qaeda after Assad.

Afghanistan has no such moderate neighbors.

There is a reason why Osama bin Laden selected Afghanistan to become the base of his operations and why today’s al-Qaeda is tilting towards Yemen, a country with a population profile closer to Afghanistan than Syria.

The children and the women Assad gassed were not poor illiterate peasants. They happen to be very well educated because Syrians understand the value of an education. They died because Assad intends to cleanse Sunni Muslims by gassing them all if necessary, and without Facebook, YouTube, and Twitter, hundreds of thousands would have perished by now.

We highly discourage anyone to believe, somehow, that Hitler cannot rise again in the personae of Assad. It starts with gassing few hundreds, but who knows how it will end if we do not end the Assad regime.

You can use the statistical information above, compiled by the CIA, to be well informed or you can regurgitate the propaganda of Assad and Iran by making the claims that al-Qaeda will rule Syria after Assad.

You have been informed. No more excuses.