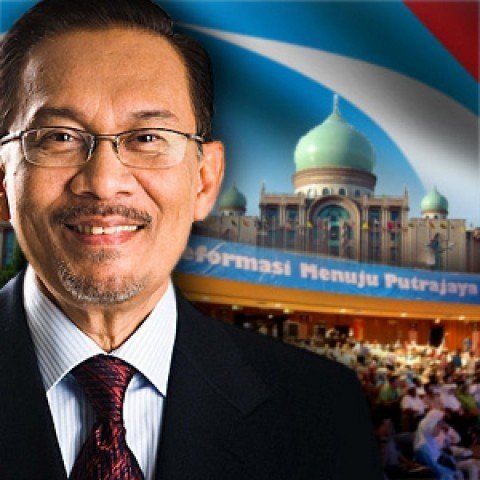 April 29, 2014 1:18 pm 0
Netanyahu is not Obama
An Intelligent Citizen’s Guide to Iran Policy
The Strange Case of Dr. Obama and Mr. Hyde

It did not come as a surprise to anyone why President Obama refused to meet with Mr. Anwar Ibrahim upon his visit to Malaysia. Mr. Ibrahim is a Malaysian politician who heads the opposition.

?”The fact that I haven’t met with Mr. Anwar in and of itself isn’t indicative of our lack of concern, given the fact that there are a lot of people I don’t meet with and opposition leaders that I don’t meet with,” Said Mr. Obama in response to his critics in a joint news conference with Malaysian PM Najib Razak.

It is true that Mr. Obama almost never meets with human rights activists. The only exception was to meet the Dalai Lama by sneaking him through a White House service door (literally by a heap of trash). My guess President Obama believed service doors of the White House were secret passages.

Even though Assad of Syria and Khamenei of Iran are on a rip killing their own people and wreaking havoc and terror upon the region, Mr. Obama has never met with any Syrian or Iranian human rights activist. He did not meet any since Syria?s civil war erupted, nor during the Iran Green Movement uprising in June of 2009. In fact, I venture to say that this President keeps a safe enough distance from anyone or anything, which might stir any trouble or cause the White House to face any difficulties.

Has anyone stopped to consider why Mr. Obama refuses to meet with human rights activists around the world to energize their work?

The obvious answer is that Mr. Obama remembers well how his own Party stood against President Bush, instead of rallying around the nation and her President, when America faced difficulties in Iraq (How can we forget Nancy Pelosi visiting Assad in 2007?). In contrast, Obama wants a smooth sailing during the second term with as few problems as he is capable of managing. To horsewhip the human rights wagon means less time relaxing and more time solving problems he is happiest when they disappear on their own.

Could there be another reason that we missed?

Indeed. There are two more reasons.

One is the belief that freedom and human rights are not concepts the United States should interpret for others. If Assad of Syria gasses his own people, who is he to object to such savagery? Every rogue despot decides what best works for his people and in the case of Iran what works for America as well. Gas or no gas, Obama thinks it is nobody?s business. This is why his response to Ukraine has been so timid. If it were totally up to him, he would ignore all the international complicated troubles and concentrate on lecturing people.

The other reason is that US allies benefit from Mr. Obama empowering the opposition of their enemies. With this President, the term ?US allies? is not so conclusive anymore. Treating Syria and Iran gently while he pressures Saudi Arabia to fire its top intelligence chief make you wonder who Obama?s allies really are. His are not America?s, for sure.

This begs the question: Are cocktail parties at the White House a tad more jovial ever since this President has abandoned US allies across the globe? After all, this is no longer a question of US boots on the ground or even a question of US taxpayers footing the bill. It is now about a US President more willing to skirt his responsibilities out of convenience for his own personae and his own personal legacy.

In addition, do you get the feeling Mr. Obama?s deliberate foreign policy posture is aimed at protecting himself from facing too many problems or falling prey to some turn of events he is unwilling to tackle; even if it meant it is in the best interests of the US to do so? He is like a schoolchild who cuts and pastes his homework just enough not to plagiarize and just in time not to face detention.

Why do I have a bad feeling our President believes a presidency should be free of any problems at any cost and that an inordinate amount of time, effort, and spin must be dedicated towards that goal?

Because I live in Washington DC, watching closely this President tackle difficult decisions has been like watching a Preparation H commercial. He just has very low energy for solving the problems the US, as a super power, must face constantly, and a very low tolerance for making difficult decisions. I think our President hoped the White House would be an extension of Disney World. I think he believed every day is like an inaugural day.

?What US interests?? says the man elected twice by the Millennial buffoons of our times who will have now to live with $7 more Trillion in debt Mr. Obama spent recklessly, and probably foot the bill on their own down the road.