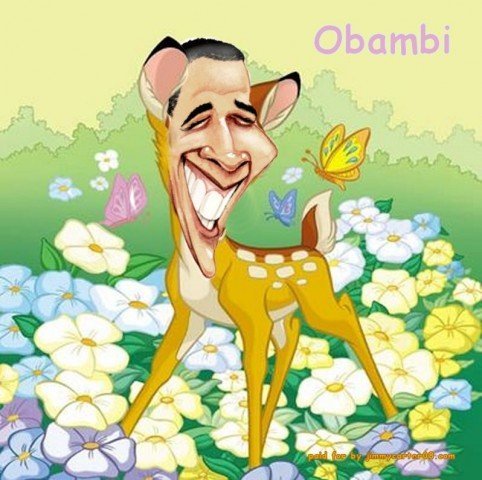 The Iranian president’s senior advisor has called President Barack Obama “the weakest of U.S. presidents” and described the U.S. leader’s tenure in office as “humiliating,” according to a translation of the highly candid comments provided to the Free Beacon.

The comments by Ali Younesi, senior advisor to Iranian President Hassan Rouhani, come as Iran continues to buck U.S. attempts to woo it into the international coalition currently battling the Islamic State (IS, ISIL, or ISIS).

And with the deadline quickly approaching on talks between the U.S. and Iran over its contested nuclear program, Younesi’s denigrating views of Obama could be a sign that the regime in Tehran has no intent of conceding to America’s demands.

“Obama is the weakest of U.S. presidents, he had humiliating defeats in the region. Under him the Islamic awakening happened,” Younesi said in a Farsi language interview with Iran’s semi-official Fars News Agency.

“Americans witnessed their greatest defeats in Obama’s era: Terrorism expanded, [the] U.S. had huge defeats under Obama [and] that is why they want to compromise with Iran,” Younesi said.

The criticism of Obama echoes comments made recently by other world leaders and even former members of the president’s own staff, such as Former Defense Secretary Robert Gates.

Younesi, a former minister of intelligence in the country, also had some harsh comments about U.S. conservatives and the state of Israel.

“Conservatives are war mongers, they cannot tolerate powers like Iran,” he said. “If conservatives were in power they would go to war with us because they follow Israel and they want to portray Iran as the main threat and not ISIS.”

Younesi took a more conciliatory view towards U.S. Democrats, who he praised for viewing Iran as “no threat.”

The candid comments by Rouhani’s right-hand-man could provide a window into the regime’s mindset as nuclear talks wind to a close.

The Obama administration has maintained for months that it will not permit Congress to have final say over the deal, which many worry will permit Iran to continue enriching uranium, the key component in a nuclear weapon.

About the potential for a nuclear deal, Youseni said, “I am not optimistic so much, but the two sides are willing to reach results,” according to an official translation posted online by Fars News.

Lawmakers on both sides of the aisle have adopted a much more pessimistic view of Iran’s negotiating tactics, which many on the Hill maintain are meant to stall for time as Tehran completes its nuclear weapon.

Rep. Ileana Ros-Lehtinen (R., Fla.), for instance, wrote a letter to the White House this week to tell Obama his desire to skirt Congress is unacceptable.

“Congress cannot and will not sit idly by if the Administration intends on taking unilateral action to provide sanctions relief to Iran for a nuclear deal we perceive to be weak and dangerous for our national security, the security of the region, and poses a threat to the U.S. and our ally, the democratic Jewish State of Israel,” Ros-Lehtinen wrote.

“If the Administration opts to act in a manner that directly contradicts Congress’ intent, then Congress must take all necessary measures to either reverse the executive, unilateral action, or to strengthen and enhance current sanctions law,” she told the president.

“President Obama does believe that by rewarding Iran and permitting it to do whatever it wants in the region, the mullahs in Tehran will be convinced to compromise,” said Saeed Ghasseminejad, an Iranian dissident and associate fellow at the Foundation for Defense of Democracies (FDD).

However, “the result has been disastrous: Iran controls 3 Arab capitals (Damascus, Beirut, and Baghdad) and its allies just captured the fourth one (Sana in Yemen) and Iran’s economy has significantly improved,” Ghasseminejad explained.

“Unfortunately, it does not seem that the mullahs reached the conclusion desired by the administration,” he said. “Iranians believe this administration is weak, it has lost its economic leverage over Iran and there is no credible military option on the table. Iran has been rewarded upfront, they now ask for more while are determined to keep their nuclear program intact.”

Why Obama missed Paris? 12 silly reasons
This life is on you Denis McDonough
A slipper and a Tweet may save Syria
Slippery Barack Obama 963