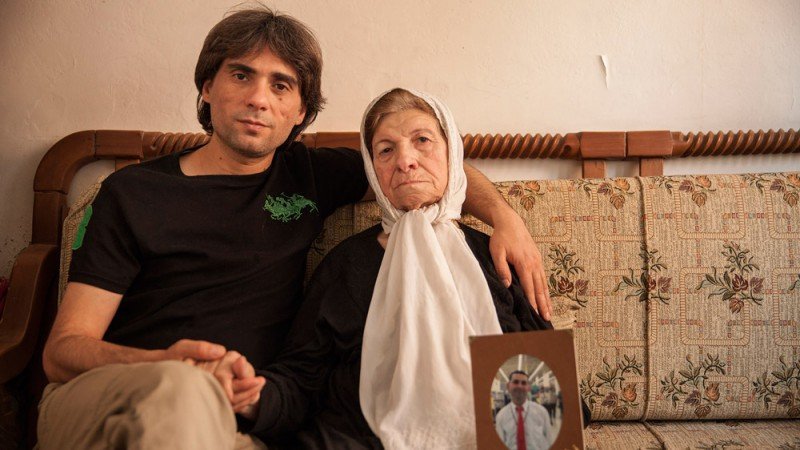 Will Alawite Mothers Save Syria?

April 9, 2015 9:44 am 0
Salute the Alawites Revolting Against Assad
Assad Using Cluster Bombs Against Civilians
One Syria for All, All Syrians for One

The Syrian Army defending the regime of Baschar al-Assad is disintegrating fast. This implosion is not due to lack of support, weapons, or political will by Iran and Russia, the two most ardent Assad backers, but it is mostly the result of two important factors: Attrition and favoritism.

When the regime exploited the sectarian card to rally the minorities in Syria, it created a fissure in its armed forces in which the Sunnis fighting for the regime found themselves caught between their loyalty to the regime or protecting their identity as Sunnis from the regime itself. Overtime, barrel bombs convinced many to turn on Assad and his thugs by defecting to the other side.  Those remaining Sunni forces were treated with suspicion and were monitored all the time, which made matters worse as it accelerated defection.

To replenish its armed forces, the regime relied upon Hezbollah fighters initially, until Lebanese Shia mothers began complaining openly as the body bags stacked high and attrition began to take its toll on the Hezbollah fighting machine. Today, according to Ruth Sherlock of the Telegraph, “military recruiters raid [Alawite] houses to find replacements by force for the dwindling ranks of Syria‘s military.” As many as one third of all fighting Alawite men may have perished on the battlefields.

Sectarianism led to Sunni defections, which led to the Alawites, who have been in total control of Syria since 1970, to confront the inevitable: Fight if you want the Assad family to remain in power.

The Alawite community is split into the haves and the haves not. The Assad family, surrounded by few thousand high-level army and security men, have devoured the Syrian economic pie, which has left the rest of the country, to include the majority of Alawites, scrambling for the breadcrumbs. When the war erupted, the haves embarked on transferring their wealth overseas as well as shipping their fighting sons to foreign lands. Every Alawite fighting is a poor Alawite. Every Alawite who died fighting was a poor Alawite.

Ruth Sherlock captures this reality when she talks of a rebellion by Alawite mothers:

Pushed to breaking point, and inspired by the instinct to protect, residents recounted cases where women set up “road blocks” at the entrances to some of the mountain villages to prevent the army from forcibly taking their sons to the military draft.

“They told the military commanders: ‘Go and bring the sons of the big shots to war and after that we will give you our children’,” said Ammar, citing one such protest where he was present.

Will this finally break the camel’s back? Will Alawite mothers save Syria and turn on Assad to stop this war? Looking back on all the atrocities the regime committed to stay in power, those paying the price for those atrocities are mothers on both sides. Their Sunni sons were tortured and massacred by the criminals in the Assad regime and their Alawite sons have to defend the regime just because they are Alawites.

Between attrition and favoritism pushing the Alawite community to hide their sons from conscription to defend Assad, will this finally tip the balance in favor of a solution in Syria to remove Assad from power, to weaken and eradicate the Islamists with help from the West, and to stop this savage war?

Will Alawite mothers save Syria or what is remaining of their country when Assad has managed to destroy most of it? We hope so.

Will Alawite Mothers Save Syria?