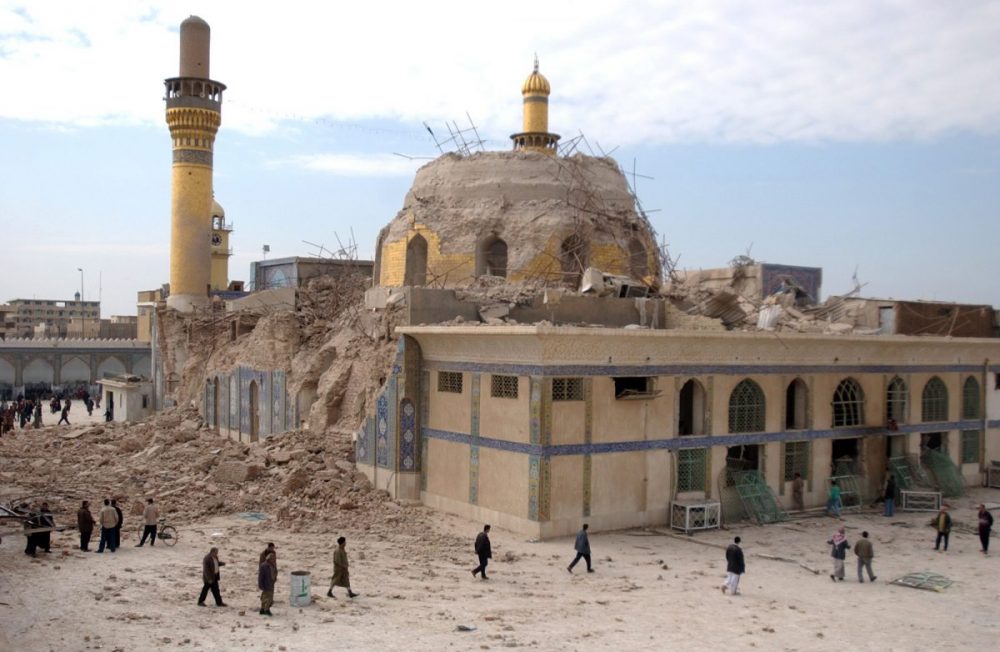 About War Crimes and Sectarianism

October 26, 2012 11:56 am 1
The Alawites of Syria Started a War to Finish Them
Has the US selected an Assad secret alternative?
One Town Buries 20 Alawites Fighters in 48 Hours

These days, there aren’t enough pages to fill the news about Syria. But, here is a sample of what this special and historic Friday brings us. This is all about war crimes and sectarianism.

Even though the truce negotiated by Brahimi is still holding, a car bomb in Daff el-Shouq in Damascus exploded today. Some of the casualties are among the security men of the Assad regime.

Also, with a lull in fighting, hundreds of thousands of Syrians took to the streets across Syria. It is a reminder the Syrian people won’t stop until they regain their dignity and earn their freedom. Are we surprising the world with our determination or what?

Our biggest concern has been, and remains today, that Islamic extremism is shaping the battles, which means it could shape Syria.

Further away in Europe, Carla Del Ponte, an UN-designated prosecutor in charge of past crimes against humanity, has vowed to remain focused on bringing the Assad regime top echelon to stand trials for their crimes. Del Ponte successfully prosecuted the Kosovo era criminals at The Hague. In response to some questions, she said:

“My main task will be to continue the inquiry in the direction of determining the high-ranking political and military authorities responsible for these crimes. We don’t know yet whether it will be an international court or a national court or what. Our task is to carry out this investigation to gather evidence and it will be up to the U.N. Human Rights Council or Security Council to decide,”

Honestly, it’s impossible as one watches the crimes committed by Assad against innocent children he targets deliberately not to hear answers like the ones above. However, we don’t put much trust in a human rights commission that invites regimes like the one in Iran and Syria to sit as observers of other countries’ human rights violations.

We left the most important for last because of its historic importance.

In another corner of the Arab world, the Saudi chief cleric of the Makka Mosque has implored all Muslims to take “practical and urgent” action with regard to Syria and the death toll against Muslims.

The world should bear responsibility for this prolonged and painful disaster (in Syria) and the responsibility is greater for the Arabs and Muslims who should call on each other to support the oppressed against the oppressor. The solution should be practical and urgent because the oppressor becomes even more fierce as the days pass.

Although it’s a passive message delivered at the start of the Pilgrimage, its underlying tone is to defend Sunni Muslims from the onslaught of the Shia coming from Hezbollah, the Iranian Revolutionary Guards, and the Assad regime of terror. Whether al-Taleb has the blessing from al-Saud or not is inconsequential. The family can no longer pretend as the pressure mounts against it in the region.

It’s as official as it can get. Thanks to the stupidity of Assad and his barbaric men in power, the Alawites are now assuming the full responsibility of sparking the extension of war that started in the mid-14th century between Sunnis and Shia. Think about it. A group of terrorists that belong to a small 2-million mostly innocent minority have driven 350 million Muslims in the region and up to 1.5 billion Muslims worldwide to join their fight against them in Syria.

If this is not going to drag America in the middle, we will shut down our website forever.

Bravo Obama for ignoring what we have been warning against for over a year.

About War Crimes and Sectarianism

In The Middle East, Democracy is the Real Enemy
Salute the Alawites Revolting Against Assad
Will Alawite Mothers Save Syria?
Assad Terror 241 Syria News 1210 Syrian Revolution 1352