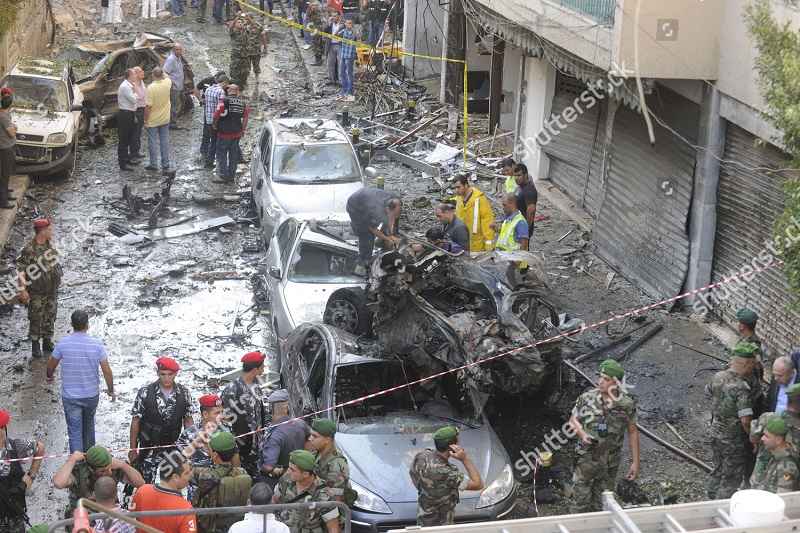 October 19, 2012 5:01 pm 0
From Israel With Love: How Powerful a Magnet Assad Is to Terror
Did Assad Threaten to Gas Other Countries?
ISIS is Obama’s Baby

Gen. Wissam al-Hassan died in the blast with eight other people. Some eighty innocent bystanders, some still in their nightgown, were hurt as well. The blast occurred in Ashrafieh, a posh hill overlooking Beirut and home to the Christian community.

This murder is intended to light a religious fuse in Lebanon as part of the larger scheme Assad has been threatening the West with, which would engulf the whole region into sectarian violence. As threats by Libyan terrorists were not heeded by the Obama Administration, threats by Assad have also been ignored, which emphasizes further Obama’s failed policies.

This President missed a golden opportunity to topple Assad by supporting indirectly the Free Syrian Army with sophisticated weapons early on. Prior to Jihadists entering the country.

Not only this lack of foresight has engulfed Syria into a destructive civil war, invited terrorism on a large scale, but it has also given Assad, Iran, and Hezbollah time to regroup. Today’s deadly bomb in Lebanon is but an example of what time means to regimes of terror. It also shows how Western nations refuse to understand its impact. Since negotiations take time to settle issues, regimes of terror use it to stay one step ahead of the West. Time for authoritarian regimes of terror is a precious gift the west provides for free.

The west must redefine this practice, if it deems negotiations to be necessary. If only to pressure the regimes through other means than passive sanctions. The use of temporary forced embargoes (Essential commodities), humanitarian corridors, and no-fly zone must precede any negotiations rather than become the alternative to their failures.

Time and time again, the West has either refused to admit to the destructive nature of regimes of terror or has treated them as if negotiations will eventually settle their differences. Worst of all, the West has not taken advantages of blatant opportunities to dismantle these regimes. They require a minimum of effort and/or costs when these opportunities presented themselves on a golden platter. Witness Iran 2009 and Syria 2011 and Obama still dithering. Please understand what a disaster this President has been.

Our hope is that Gov. Romney will grill Obama on Libya, Syria, and Lebanon during Monday’s debate. And if Obama stretches the truth as he and Biden have done, Gov. Romney must be ready to pounce on him without any hesitation.