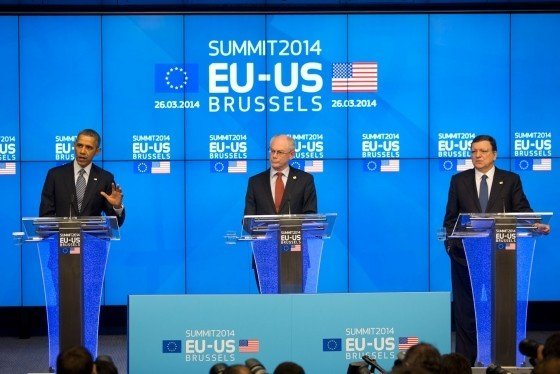 The dirty war behind the wars

Grappling with the behavior of President Obama, the unintended consequences of which have opened the door to explosive terror across many regions around the world, has become an obsession for many political observers.

To some his actions are irrational and to others they represent a manifestation of Barack Obama?s deep and extremist ideological roots. The President has turned his back on every crisis, be it domestic or international, treating them all with total disinterest and sometimes disregard for the law.

It is obvious that he is trying to achieve certain, premeditated goals. This is the real dirty war behind every war raging be it in Gaza, Syria, Iraq, or the Ukraine.

One of those goals is to force the Europeans to fill the shoes a willing United States has filled in the past. Obama?s defense budget cuts are having an impact on NATO as the Organization calls for Europe to balance its budget on a more equitable basis. Russia sees this risky transition period as an opportunity to play a more global role in the Middle East and in Europe by supporting violence and terror against US interests.

For one, Obama yielding to Putin in the region are grave losses, which will have long-term impact on the US economy and US security. Americans are watching one bad news after another emanating from the Middle East and Europe even though isolationism still garners much support. It will not be long before the Rand Paul syndrome catches us all by surprise in one ugly form or another.

Iran, on the other hand, sees in it an opportunity for sectarian supremacy to include preparation to attack Israel by air and land. Gaza is just a test run for the wider war Iran is planning.

If it had not been for Obama?s ideological position of diminishing US presence and power on the world stage, Putin would have never dare challenge US supremacy, the wars raging in Syria, Iraq, and Gaza would have never started, and an Islamic Caliphate would have never seen the light of day. Hezbollah learned the hard way what it means to attack Israel when a sitting US President is fully supportive of Israel?s right to defend our combined interests.

Another goal is the total abandonment of US allies in the region with much intelligence and goodwill to share. Anyone who believes abandoning our allies will have little impact on America?s readiness and safety is a fool. Saudi Arabia and Israel cannot fight on their own our common enemies who are using terror to decommission and decapitate our interests.

In Gaza, all Obama wants to do is pursue another peace mission even though, under his Nobel Peace belt, two such initiatives have failed miserably in the ?Friends of Syria? Geneva conferences and in the Palestinian-Israeli peace drive. How does Obama explain those failures is exactly the way his administration responded to Obamacare early launch problems by saying that every new system has its quirks.

In other words, Obama is Beta testing his vision and all these fires igniting around the world are simply a matter of fixing some code with peace overtures. Imagine if Churchill believed Hitler was a bad code he needed to fix with appeasement to imagine the Lego world Obama is constructing to support the weight of America?s drive for order and stability. What Obama will leave behind him, after he leaves office, will take a generation to fix and new wars America must wage to survive the onslaught on our liberty and moral values.

In similar fashion, by ignoring the flood of illegal immigrants across our borders, Obama is attempting to force the US Congress to act on an Immigration policy everyone knows he will never enforce. Obama has until November to pass immigration reform to his liking as an alternative legislation to his much-maligned Obamacare failing legally and morally before our eyes.

Forcing our allies in Europe to fill our shoes, forcing our allies in the Middle East to face the evil of the Mullahs in Iran, and forcing the US Congress to legislate his ideologies is the most distilled view of what Obama is up to. The incompetence is just a by-product of those views.

The canvas before us is another Obamesque failure and another apology for America?s existence and greatness Obama insists it is the answer to the ills of our exceptionalism.

The question one must ask then. ?What if he fails the way he failed in every other undertaking of his and what are the consequences of his failures to America?s core interests?? Every politician aiming for the 2016 presidential candidacy must ask himself/herself that question. Unlike any other elections, the upcoming 2016 needs to concentrate on what went wrong with Obama?s Hope and Change and the onslaught on our values as a successful nation.

This nation is under siege and many Americans still do not understand the repercussions and the harm of this siege on their economic well-being and security. We are in the midst of the ?Happy Facebooking Generation? as opposed to the ?Greatest Generation? that rose from its WWII victory and moral fortitude.

If you ask me, our President is acting like an elementary school child who just learned that a pelican did not deliver him in a basket as his parents told him. The turmoil raging across the world is the real story of the birds and the bees Obama is finding it hard to swallow.