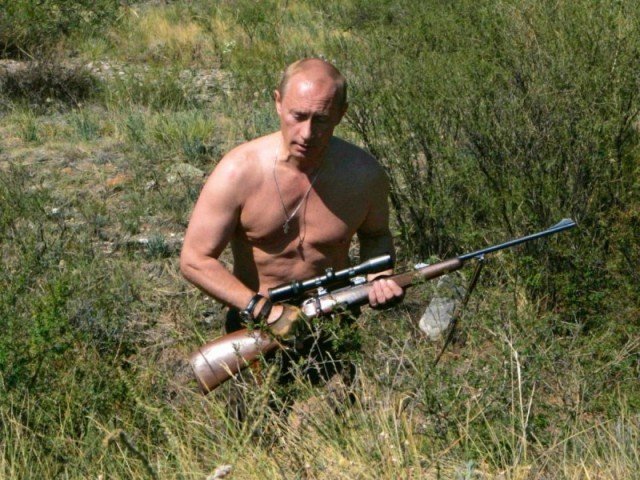 To say that the presidency of Barack Obama is experiencing a meltdown is the understatement of the century. With all what is going on around the world and at home, Obama is losing control over American foreign policy on every front conceivable. The answers Ben Rhodes, Obama?s Deputy National Security Adviser, is giving to justify this meltdown are downright obscene. He told the New York Times:

?Just because there are lots of global challenges doesn?t mean you have to overreact on one just to make a point. They each have to be managed carefully in their own right. We have longer run plays that we?re running. Part of this is keeping your eye on the long game even as you go through tumultuous periods?

What in the hell is the ?long game? Rhodes is talking about? Can he give us a hint? Are we playing Pictionary here?

On the other side of the coin, it is not fair for Obama?s critics, like myself, to criticize without providing an answer to the compounded problems facing this administration. Therefore, here is mine attended to by experience of how Middle East minds react to weakness and hesitation.

It all started with Syria, and Obama?s problems will not end until he addresses the Syrian problem. Everything that has happened since his red line threats on Syria is the result of lobbing the Syria ball in Putin?s lap by refusing to follow through with his threats. We have to thank Denis McDonough for his service to this President on this one.

For President Obama to solve many of the problems facing the US, he needs to take a stand by attacking with US drones and ships, simultaneously, the Assad regime forces committing atrocities and the ISIS forces committing as much similar atrocities. By attacking both, President Obama will end his own siege by sending a strong message that terror, in all its forms, will not be tolerated.

Only then will Putin, Assad, Khamenei, and al-Baghdadi stand-up to take notice.

If he follows through with this policy change, the President would be telling Putin that he is willing to take the necessary risks to involve the US in the Middle East to protect US interests.

Obama would also send a strong message of control that has been lacking and which is the root cause of all the problems he is facing and to which Ben Rhodes can only allude to through riddles. The US is no longer in control of events on the ground in the region and only a military response will return that control the US badly needs.

On the win column, any attacks against Syria?s terror groups will send a strong signal to Iran that unless the Khamenei regime stands down on supporting Hamas, the US will ignore Israel?s defensive strong response on Gaza the way President Bush ignored Israel teaching Hezbollah a hard lesson in 2006. Ever since that war, the Hezbollah terrorists have yet to attack Israel over the last 8 years. If Obama wants calm in the next 30 months of his presidency, he needs to impose that calm with action, not just words.

Such a message of force will compel Iran to back down in Gaza and will impose on Hamas to seek a ceasefire. No need to have our Secretary John Kerry beg Hamas when our President stands tall and strong in Syria.

On the down side, Iran may pull from the nuclear talks. So be it. Only strength will bring Iran back to the negotiating table and only the show of force will save Obama from the meltdown before us his enemies in Putin, Assad, and Khamenei have been causing for him in Syria, Iraq, Gaza, and the Ukraine.

Therefore, while Rhodes speaks about the ?long game?, how about considering the ?short game? first, which is to show strength and determination in the face of terror and violence.

Unless Putin has intelligence from Snowden and which is so damning to Obama, Obama?s ?long game? is really to escape Putin?s extortion.