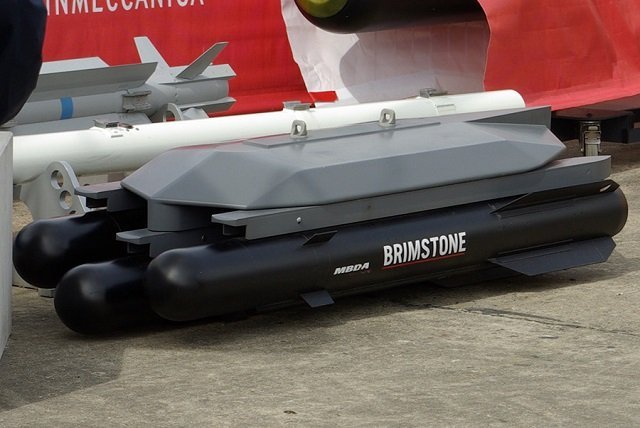 Competing Weapon Systems Used in Syria Mock Each Other

An article in Russia Today entitled “British Brimstone missiles in Syria are yet to kill any terrorists, MoD reveals” mocks British military capabilities competing with similar Russian systems. Did we not tell you that Syria has become a live fire exercise for superpowers to test their latest weapons? As competing weapon systems used in Syria mock each other over their lack of capabilities, the west has forgotten it is killing Syrian civilians.

Britain’s sophisticated air-to-surface Brimstone missiles have not killed any terrorists in Syria so far, although at least nine missiles have been fired. A single missile using radar homing and laser guidance technology costs £100,000.

In other world, those countries who are monitoring the Syrian theater of war to purchase their next batch of weapons, Russia Today, which is controlled by the thug Putin, is telling them to stay away from the British “Brimstone” missile most likely Russia competes with on the world weapon market.

The article goes on to drive another non-selling point to showcase British deficiencies as a weapon manufacturer:

Folks, Syria with its Sunni helpless and impoverished population has become a live fire exercise for super manufacturers of weapons to use to sell more of their wares. It is not enough to demonstrate their weapons though, they are resorting now to mock each other’s weapon systems in order to propagandize their own superior weapon design.

Don’t be surprised if Russia begins publishing articles detailing its kill rate and accuracy of its weapons system used in Syria. Along with pictures of women and children whose flesh demonstrate aptly the efficacy of Russian bombs. It is just so irresistibly Stalinist.

Competing Weapon Systems Used in Syria Mock Each Other

An Egyptian Scenario No One is Contemplating
You Think Obama Did Not Know This Was Going to Happen?
Russia Responds to US Dogfighters Challenge Over Syria
Putin Terror 429 Syria News 1166