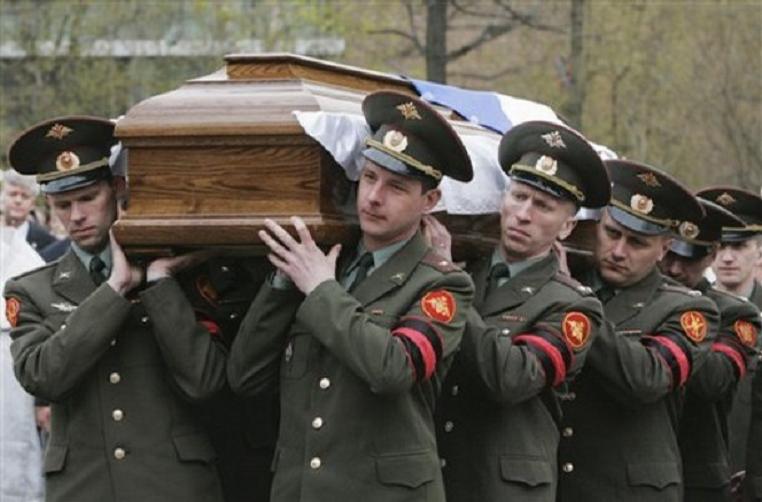 Sky News has uncovered evidence suggesting the Russians are concealing the true number of military deaths in Syria.

It is claimed they are conducting military funerals quietly and withholding information about servicemen’s deaths.

It comes as the country continues to ramp up its military action in Syria – opening new air bases and supplying sophisticated kit and personnel to the Bashar al Assad regime.

Last week Vladimir Putin surprised many by admitting that Russian military personnel have been deployed in eastern Ukraine during the long-running conflict in that country.

Responding to a question about the capture of two Russian officers currently being tried in Ukraine, Mr Putin revealed that, “people dealing with tasks … in the military sphere”, have been operating there – although he denied they were regular soldiers.

When I say that the Russian President revealed that Russian personnel have been fighting in Ukraine, he did not really reveal anything at all.

Sky News has uncovered plenty of evidence of Russian soldiers operating in Ukraine by gleaning information from social media postings and from the funerals of those who died.

However, it appears increasingly clear that the Russians are using the same techniques in Syria to hide the full extent of their activities as well as casualty numbers.

Following up on information passed to us by investigative bloggers led by Ruslan Leviev, we travelled to a small village near the Belarus border called Paltso to investigate the death of a 27-year-old special-forces soldier called Fyodor Zhuravlyov.

He was buried in the village cemetery in a quiet ceremony three weeks ago and his parents said the authorities had not told them what had happened to their son.

“There was no time for that – everything happened so quickly we don’t know anything yet,” said his mother.

Yet we learned that it was “common-knowledge” on our visit to the village that Zhuravlyov had died in Syria.

Leviev and his team claim he and possibly another serviceman had died there.

It is no secret that the Russian air force is fighting in Syria. It is thought their number has doubled from 2,000 to 4,000 over the last few months, despite initial claims by President Putin that the bombing campaign would be temporary.

Yet the death and hushed burial of a special forces solider suggests that the Russian government has not disclosed the full extent of its involvement in Syria – and is worried about how mounting casualty figures will go down with members of the public.

Plenty of people in Russia remember the horrors of the war in Afghanistan in the 1980’s.

So far, the official death toll in Syria is listed as three. The deaths of Oleg Peshkov – the pilot of a Russian jet shot down by Turkey – and of Alexander Pozynich – a marine in a party assigned to rescue Peshkov – were filmed and quickly uploaded and as such, are undeniable.

The authorities say the third death of a technician called Vadim Kostenko was caused by suicide after a “lovers tiff” – an assertion vehemently denied by Kostenko’s parents – and his girlfriend.

There are a number of recent reports however suggesting that a significant number of Russian soldiers who lost their lives fighting alongside Syrian troops have been returned home.

Ukrainian Intelligence thinks the remains of dozens of personnel have passed through Crimea.

Nonetheless, such claims have been strongly denied by officials at Russia’s Ministry of Defence.