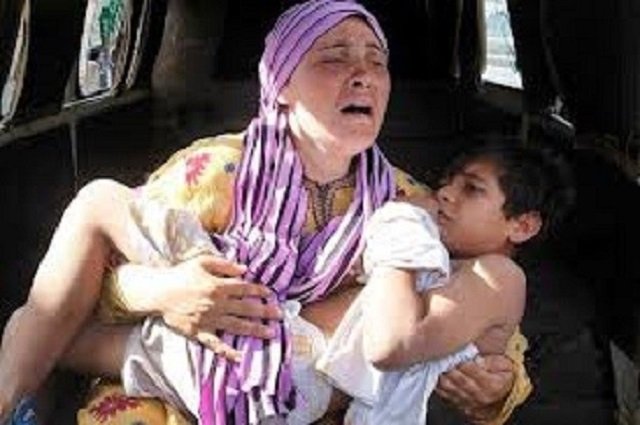 Stability and Securitization of Syria’s Future

Many analysts believe Syria is a broken country in terms of its political future, geographic integrity, and religious co-habitation. If one looks at the data, these analysts have a valid point in their assessments. However, such a toxic stew means little because the stability and securitization of Syria’s future should become a permanent concern of ours. Assad’s weakness, the psychopath made sure, came at the strength of our worst nightmares with IS and al-Qaeda now hiding behind a popular uprising against the tyranny of the Assad regime.

Assad fuels that popularity as long as he remains in power. Those who believe the psychopath Assad is the solution to defeating Islamist terrorists need to explain to the rest of us how is that possible when the majority of the Syrian people back those who defend them from his terror. If the depletion of his armed forces, we are seeing happen on the battlefields, is not testimony to this reality, then John Kerry et al need to explain to the world how keeping Assad in power will help achieve stability and securitization of Syria’s future. Assad is a magnet to Islamic terror, be it Shiite as he beds the Mullahs in Iran or Sunni as his continued presence is a recruiting tool for fighters coming from over 80 different countries.

Assad in power recruits and empowers the terrorists the West claims it needs to defeat, but the West is now recruiting Assad to defeat the terrorists he recruits. The logic is inescapably dumb unless what is the West claims publicly is not the real goal. Maybe the real goal is to widen the rift between the Shiites and the Sunnis to shave off their plight. Maybe the goal is to buy a balcony seat, as Obama has done, to watch Muslims butcher each other. Poor Syria has become the barber in that equation, and its minorities the victims no one cares about. By the time Muslim extremists finish each other off, the Alawites, the Orthodox Christians, and the Yezidis of the region would be on display in some Museum specializing in evolution of human species.

Russian invasion of Syria is fueling the Shiite-Sunni sectarian war. As Sunni Muslims watch Russian bombers strike schools, hospitals, and civilian marketplaces killing women and children deliberately, more Sunni recruits, looking for income in chronically ill Arab economies, head to Syria to kill Shiites and their Russian facilitators. There are enough willing funders in Sunni Arab countries to feed this human pipeline for a long time because as far as the Gulf countries are concerned, every battle won in Syria is a battle defeat in Tehran.

With Assad playing such an important sectarian divisive role, it is hard to believe that the United States would want him in power unless it wants even more for Muslims to kill each other. There are even some reports that the US Military is helping Assad indirectly kill more jihadists in Syria without exerting any effort to help the moderate Free Syrian Army weaken Assad. It won’t be long before realizing how futile that exercise is as long as the majority of Syrians back Assad’s opponents whether they are IS, al-Qaeda, or FSA. This is the big difference between General Martin Dempsey and General David Petraeus. One has no field experience in using popular uprisings to his advantage and the other was able to turn the tide in Iraq against al-Qaeda by turning the Iraqi Sunnis against the terror group.

The stability and securitization of Syria’s future most evident in convincing Syrians to back the West in its goals is on life support. We can assure you that Muslim extremists are not going to kill each other before they destroy the region as well. Islam never said that whatever happens in Damascus stays in Damascus. Those planning, directing, and facilitating this Syrian war are laying the foundations for one disaster after another. First, we ignored Assad, and the results are before us. Second, we ignored ISIS, and the results are before us. Now we are ignoring the Syrian people, and the worst results are yet to be reaped.

An incompetent US President usually hires people mirroring his image. Barack Obama’s incompetence will be reflected in the worst outcome possible when Syria’s future unfolds to the shock of our worst nightmares. Extremists don’t die as we planned it. They just multiply to dominate the region because we think we can use them to kill each other without neutralizing their popular support first.

Stability and Securitization of Syria’s Future