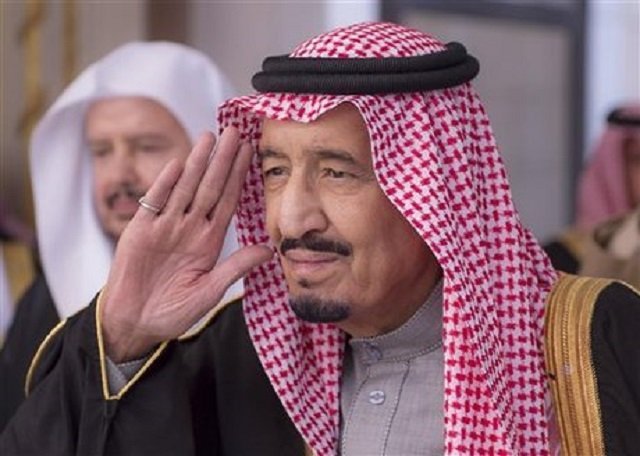 December 23, 2015 10:42 am 0
US limited choices to combat terror on both sides
Among Assad Supporters, the Most Coded Word is “Assad”
Are We Inventing Intelligence Now?

On Wednesday, Saudi King Salman rightfully blames psychopath Assad for rise of Islamic State after rendering his aid to the terrorist organization and called for a political settlement with moderate forces to end the war there.

The king said in an annual speech to the consultative Shura Council that the solution would be to form:.

“A transitional government made up of moderate opposition forces, ensuring the unity of Syrians and the departure of foreign forces and terrorist organizations. [These organizations] could not have found fertile ground in Syria, had it not been for the Syrian regime’s policies, which have exterminated hundreds of thousands… and displaced millions [of people].”

More than 300,000 people have been killed in Syria since the conflict broke out in March 2011.

The kingdom, a key-backer of Syrian opposition groups, has repeatedly insisted on Assad’s departure because of his terror and destabilizing presence as an anchor to Iranian domination in the region.

Earlier this month, Riyadh hosted a meeting of various Syrian armed and political opposition groups who agreed to negotiate with the regime but set Assad’s departure as a condition for any eventual political transition process.

The kingdom “calls for a political solution to end Syria’s crisis,” said King Salman, who turns 80 later this month.

He read only part of the speech, the entire text of which was later published on the official SPA news agency.

In November, foreign ministers from countries that back and oppose Assad’s regime agreed on a roadmap to end the conflict.

This would see a transitional government set up within six months, after regime-opposition talks, and elections within 18 months.

However, Assad has refused to negotiate unless the opposition lays down its weapons.