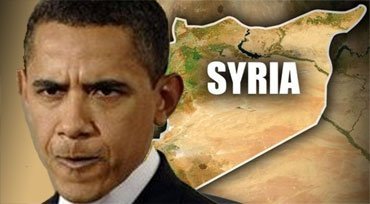 Syria‘s presidential palace, aptly named after its people but occupied by one man against their will, should be the subject of our attention in how it is governed and what decisions emanate from inside its walls.

The man who seized the palace, and his father before him, have no principles, no scruples, no loyalty, and no conscience. Exactly the sort of men you tell your daughter to stay away from.

After you finish reading this, both will be the kind of men you ask your own government to destroy at all costs. Rest assured, the naked foreign policy of Barack Obama cultivates terror instead of destroying it.

So, if you are one of those ignorant people who romanticizes about Obama’s naked foreign policy that protects Assad, you are standing against U.S. interests and in favor of Russia’s.

Those who ignore the Assad danger and refuse to grab the opportunity to put a nail in the last Soviet bastion in the region (President Barack Obama naked foreign policy comes to mind on both counts), they would not be serving US interests.

Worse even, they would be shoring-up indirectly a regime bent on terror and destruction.