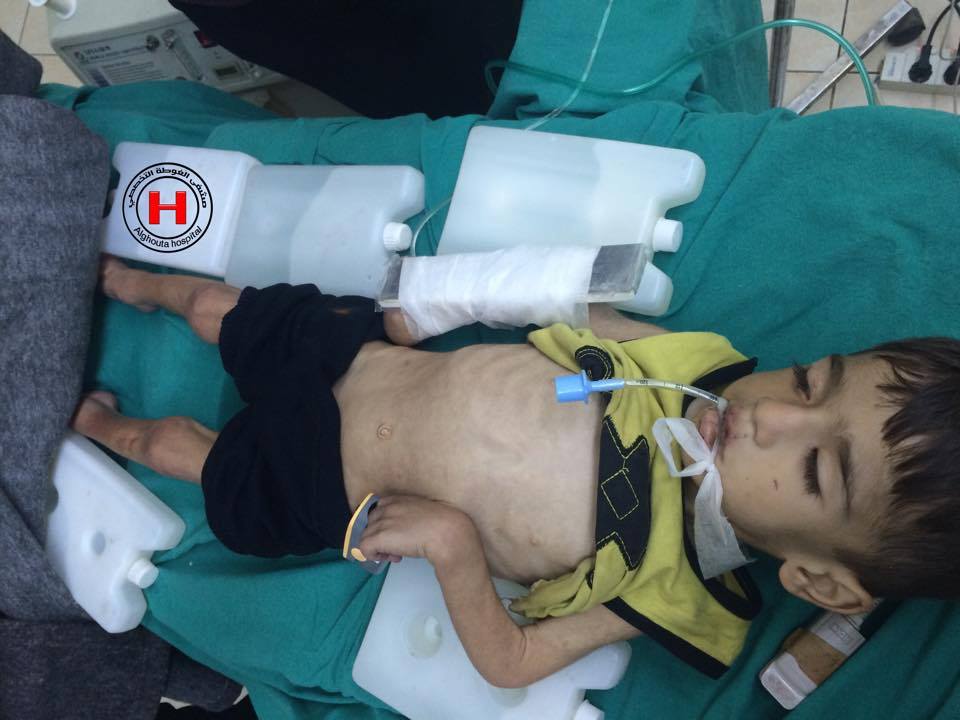 The Syrian Descent into Hell

In what can only be considered a war crime, Russian warplanes on Monday bombed two Syrian schools and five hospitals in the Aleppo region, killing up to 50 civilians.

It was not without a bit of irony that I read the headlines in last Friday’s Washington Post: “U.S, Russia and other powers agree to a ‘cessation of hostilities in Syria.”

This, like the Iranian nuclear agreement, is yet another desperate, fatuous charade of a foreign policy victory by the Obama administration. The Syrian agreement which will not take effect for another week, requires opposition groups to cease hostilities, yet enables Russia to continue bombing anyone that they consider to be a “terrorist”. (Translation: Anyone that is in opposition to the constellation of Assad, Russia, Iran, and its proxies Hizb’allah and the IRGC.)

The way that headline was written might lead one to believe that the original hostilities being played out on Syrian soil today were actually between the two former Cold War rivals, the United States and Russia. It is hard to remember that that the Syrian War began during those hopeful, halcyon days of the dawning of the “Arab Spring” in March, 2011, when some young, idealist Syrians wanted to overthrow the brutal stranglehold of Bashir Assad. Mr. Assad’s security forces plowed down these teenagers painting murals with revolutionary slogans on a school wall, and hundreds of thousands took to the streets in support of them, but Assad’s forces mowed them down as well. In an attempt to expel Assad’s security forces, and to defend themselves, opposition forces were forced to take up arms.

The conflict quickly escalated into a sectarian, ethnic, and religious one. The government has long been controlled by the Alawite minority which is closely related to Shia Islam, and has therefore long been aligned with Iran, which has sent the IRGC and Hizb’allah into Syria. And Russia, hungry to reassert itself on the global stage, quickly became allied with this constellation.

While waiting, to no avail, for the U.S. cavalry to arrive, some of the legitimate Sunni opposition became hardened and disillusioned with the United States. We now have brutal jihadists in the form of ISIS taking advantage of the chaos and taking over huge segments of Syria. Some of the original Sunni opposition battled ISIS, and some have either willingly or through the threat of death, joined ISIS, which has claimed to have established a “caliphate” in Syria.

We now have a completely chaotic situation of several “wars within a war” with a new spinoff group of Al Qaeda, the Al Nusra Front, Kurdish Forces, and a whole array of other spinoff groups forming and quickly jumping into the fray.

The chaos has been further complicated this past Saturday when Turkey began shelling Aleppo. Of course, Erdogan is hiding behind the pretense that Turkey is fighting terrorists, which for Erdogan means the Kurds, who are perhaps some of our staunchest and most valiant allies in the region.

The Obama administration made a similar error in November when it trusted Putin to coordinate with it in the fight against ISIS, although it is not clear whether they are actually shelling ISIS positions or civilian enclaves, they are clearly propping up the regime of Assad, working with the IRGC and Hizb’allah, and further extending Iran’s growing sense of triumphalism.

It has been agonizing to watch this spiraling descent into hell in which many good, innocent people, as well as some very venal actors, have been caught up. The New York Times on Saturday cited a report from the Syrian Center for Policy Research saying there is an estimated 470,000 fatalities. The war has created a staggering refugee crisis, with at least 5 million refugees pouring into Turkey, Lebanon, Jordan, Iraq, Egypt, Germany, Belgium, Sweden, France, Italy, Switzerland, Denmark, Norway, and Hungary, totally changing the demographics of these nations.

President Bashir Assad, together with his Hizb’allah forces have completely surrounded the town of Madaya, outside of Damascus, cutting them off from all known food sources. The pictures of the children with their haunting big eyes and skeleton-like bodies are hauntingly familiar. There is not a dog or cat left to be found on the streets, and some parents have been forced to use leaves to provide a broth for their children.

It is almost impossible not to feel rage, when one remembers President Obama’s sacrosanct “red line” of August 20, 2012, when he stated that “there would be enormous consequences if we started seeing movement on the chemical weapons front”. And exactly one year and one day later, on August 21, 2013, Bashir Assad launched a chemical attack on Ghouta. Our television screens showed horrific footage of men, women, and children trembling and moaning with pain.

As part of this colossal failure, President Obama made an arrangement for Russia’s President Putin to have the chemical weapons transferred out of Syria. Putin of course jumped at this willingness for international prestige and legitimacy, while he was planning the takeover of the Ukraine.

When State Department officials have been questioned by the Senate Foreign Relations Committee about the exact whereabouts of these chemical weapons, they have drawn a complete blank.

Russia has played a dubious game, all along, while agreeing in principle, to assist in our fight against ISIS, agreeing on the supply of humanitarian aid, agreeing to a theoretical ceasefire to begin in a week’s time, while locking in its military advances, giving air-cover and assistance to the Assad regime, and mercilessly bombing schools and hospitals.

My favorite moment in recent history was the Cedars Revolution in Lebanon, during the spring of 2005. That is when Lebanese Christians were not afraid to take to the streets, and forced 14,000 Syrian soldiers and intelligence agents to withdraw from Lebanon.

That is because someone then sat in the Oval Office who demonstrated concern for the rights of religious minorities, and was not afraid to use force to back up that concern.

And because of Obama’s retreat from the world stage, we now have almost half a million dead Syrians, and the worst humanitarian and refugee crisis since World War II.

Sarah N. Stern in Founder and President of the Endowment for Middle East Truth, an unabashedly pro-American and pro-Israeli think tank and policy institute in Washington, DC.

The Syrian Descent into Hell