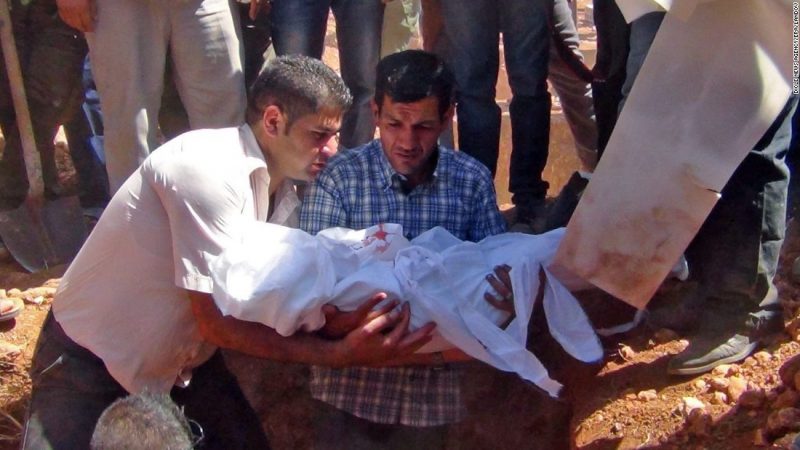 It is the Syrian Civilians Stupid!

February 23, 2013 12:12 pm 1
The Gate-less Human Zoo
Is Nazi fugitive Alois Brunner still alive in Syria?
If You Think Assad is a Monster, Wait to See His Son Hafez

Aaron Zelin published, at the West Point’s Combating Terrorism Center (CTC), a study entitled “Deciphering the Jihadist Presence in Syria: An Analysis of Martyrdom Notices”, which was brought to my attention by an avid follower of Syrian politics. All in all, though, this CTC study highlights another issue: It is really about Syrian Civilians Stupid!

In the publication, Zelin attempts to relay the number of martyrs who died in Syria during the last few months of the civil war relying on notices posted by Jihadi websites. The numbers tell a story worth weaving by the likes of Victor Hugo into the tragic story of Syria’s own Misérables.

In the past 4 months, 45 notices were posted for Syria. Zelin admits that his study is not scientific because Jabhat al-Nusra’s (JAN) own martyrdom data is not included; as well as the fact that some notices may have been missed.

Let us, for a moment, construct a hypothetical scenario based on the missing data.

We know that Jabhat al-Nusra has been fighting ferociously. FSA members, fighting alongside JAN have already made public statements to the fact that they are always first to attack and they are fearless. Therefore, I am going to assume that 10 times more JAN fighters died, which pegs their death toll at around 500 JAN martyrs.

Considering the UN announced on January 2 that 60,000 died in the fighting in Syria, a figure updated to approximately 70,000 on February 12, one can conclude that approximately 238 people died every day in Syria in a 42-day stretch since the beginning of 2013.

Even if I am off in the numbers of Jihadis dying and I would double it again to 1,200, the number rises to 4.2 Jihadis for every 100 Syrians dying. Even if you consider Assad men dying in equal numbers, the civilian population is the one suffering from this war.

It is the Syrian civilians stupid, not the terrorists killing each other off.

Just a message to all the Bloggers who believe we should not interfere in Syria. This is how accusations of anti-Islam, not just anti-Islamic terror, sticks on them.

It is the Syrian Civilians Stupid!