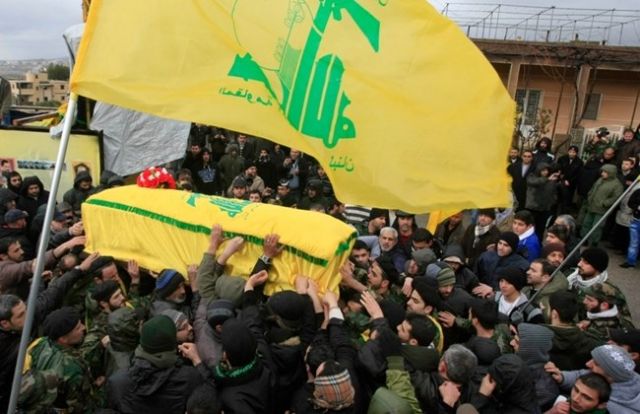 June 6, 2015 8:54 am 0
When the FSA Speaks, Assad Panics
Sunnis and Shia Can Build Syria Together
Shift policy on Syria

BEIRUT: Hezbollah’s death toll in the battle against jihadis on Lebanon’s eastern borders has risen to at least 29, with three fighters dying Friday as the group advanced further into Arsal’s outskirts.

Meanwhile, Hezbollah and the Syrian army made new advancements in Syrian territory east of the area, capturing a new hilltop.

According to The Daily Star’s security sources, three Hezbollahfighters were killed during the battles Friday against Nusra Frontmilitants in the southern part of Arsal’s outskirts.

The group has lost at least 29 fighters since it launched a military offensive alongside the Syrian army against jihadis in the Qalamounhills.

The offensive has resulted in the seizure of hundreds of square kilometers of territory and pushed the militants closer to the outskirts of the northeastern Lebanese town of Arsal.

On Saturday, Hezbollah’s Al-Manar TV announced that the group’s fighters and Syrian army soldiers captured the hill of Sadr al-Bustan, thus taking control of the outskirts of Flita, a Syrian village east of Arsal. The battles in the village had been going on for weeks between Hezbollah and its Syrian army allies and the Nusra Front.

The report said dozens of jihadis were killed during the recent fighting.

The Al-Qaeda affiliate has now been forced to retreat to an ISIS-controlled zone named Jarjeer on Arsal’s outskirts, Al-Manar said.

ISIS controls most of the areas north of Arsal’s outskirts, as well as large parts of areas bordering the Lebanese towns of Al-Qaa and Ras Baalbek.

In Flita’s outskirts, Hezbollah and the Syrian Army seized Al-Thallaja hill Friday, overcoming a key obstacle to controlling the entire area, according to the station.

A series of nearby hills called Shaabat al-Qalaa were also taken Friday. The captured hills, with peaks reaching an altitude of 2300 meters above sea level, allows Hezbollah and Syrian army forces to overlook the Zarmani Crossing, which is currently controlled by ISIS.

Al-Akhbar newspaper quoted “field sources” Saturday saying that the Shaabat al-Qalaa hills were a stronghold of Nusra Front in the area, and most likely contained the residence of the group’s Qalamoun leader Abou Malek al-Talleh.

Will Bahrain Fall to Iran After Lebanon?
Inspect Assad
‘Hezbollah Gangsters’ is an Industry in Lebanon
Radicalism 567