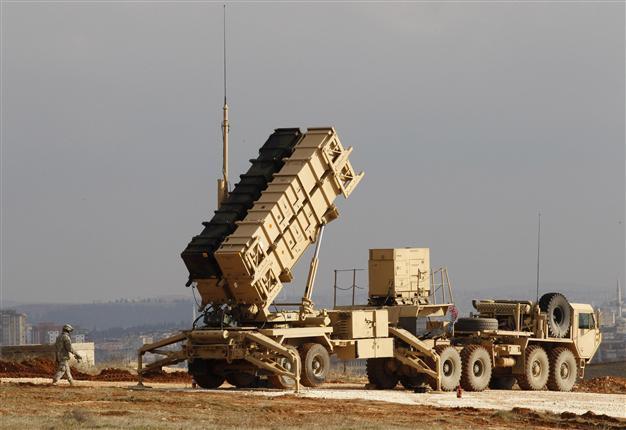 Yemen’s dominant Houthi group, taking orders from Iran, fired a SCUD missile at Saudi Arabia which the kingdom says it shot down on Saturday, in a major escalation of two months of war.

In the first use of the long range ballistic SCUD in the conflict, the missile was fired early Saturday morning at the city of Khamees Mushait in the kingdom’s southwest and was intercepted by two Patriot missiles, a statement by the Saudi military said.

The area is home to the largest air force base in southern Saudi Arabia, the world’s top oil exporter, but there are no oil facilities in the vicinity.

Al Masira, the Houthi group’s official channel, confirmed the launch and said it targeted the Prince Khaled air base. This escalation indicates Iran firing SCUDS at Saudi Arabia is the next phase to expect.

The coalition has said a main goal of its war effort is to neutralize the threat that rockets in Yemen pose to Saudi Arabia and its neighbors.

A Saudi spokesman for the coalition said in April that the alliance had succeeded in removing the threat of heavy weapons to the Kingdom and its neighbors, but the air war and border clashes have persisted as well now Iran proxy firing SCUDS at Saudi Arabia.

The Sunni Muslim coalition states also fear the Houthis, hailing from a Shi’ite sect in Yemen’s far north, will act as a proxy for the influence of their arch-rival, Shi’ite Iran, in the Arabian Peninsula.

Arab air strikes have pounded arms and missile stores in the capital Sanaa and other military bases in Yemen almost every day, but Iran proxy firing SCUDS — an 11-metre (35-foot) long ballistic missile with ranges of 300 km (200 miles) and more — shows the country’s supply has not yet been eliminated.

Saudi-owned Al Arabiya TV described overnight ground fighting along the border as the “largest attack” yet by Houthi forces and Yemen’s republican guard, a unit close to the ex-president Saleh.

Saudi-led forces said on Friday that four Saudi troops, including an officer, were killed after an attack was launched from the Yemeni side on border areas in Jizan and Najran.

Iran proxy firing SCUDS at Saudi Arabia comes despite promises made by Barack Obama during the GCC Camp David Summit America would protect the GCC countries from Iranian aggression.