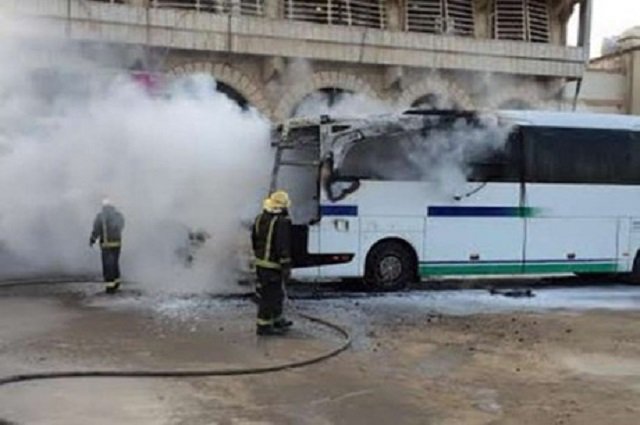 A police spokesman in the Shiite-majority province in the mainly Sunni Gulf kingdom said there were no casualties in the incident.

Cited by the official SPA news agency, he said four armed “troublemakers” intercepted the vehicle transporting workers in Qatif and set fire to it at gunpoint.

It was the second such incident in the oil-rich province since Saturday’s execution of Nimr for “terrorism.”

A virulent critic of the Saudi regime, Nimr was venerated in the kingdom’s Eastern Province.

On Sunday Saudi Arabia broke off relations with Iran, and Bahrain and Sudan followed suit. The United Arab Emirates and Kuwait downgraded their diplomatic ties with the Islamic republic.