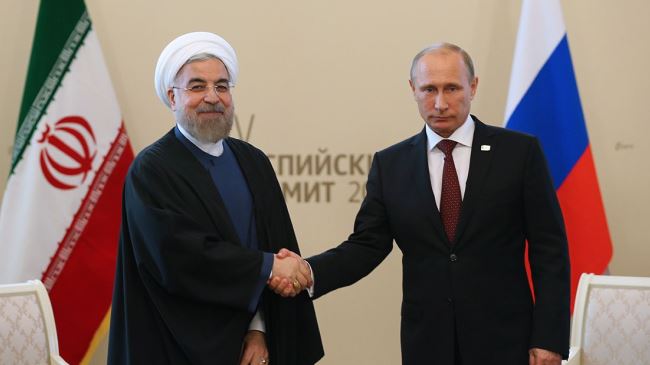 There is a flurry of activities underway to revive a Syrian peace process with even more complications that the earlier initiatives ever commanded.

Since the failed hollow peace initiative of Geneva I and Geneva II sponsored by Secretary John Kerry, Syria has experienced far worse conditions as its flow of refugees have risen to record levels and the casualty figures have exploded. Peace for Syria is an elusive mercurial task because U.S. leadership is absent and because some of the regional savages involved see poetry in the violence they are perpetrating.

Syria is like a multi-boxers match with no referees, no rules, no time limits, and no monitors. Grotesque chaos rules.

Out of that chaos a Russian peace initiative is rising. One that relies on the same old ideas long ruminated over and rejected in the past by the Syrian opposition and most importantly by the rebels fighting for freedom from the Assad terror.

The Russian proposed peace initiative involves retaining Assad in power for a certain period of time before securing a peaceful transition. In the meanwhile, Russia wants to coalesce the Syrian moderates fighting against Assad to turn their guns on ISIS, AQ, and Jabhat al-Nusra the majority of the Syrian civilian population back because they are defending them from the Assad terror machine.

Russia’s hollow peace initiative rests on the notion that once ISIS is defeated, Assad would simply remove himself voluntarily just because Russia promised this outcome.

Putin must think all Syrians are stupid to suggest such an idea. He is trying to get Egypt to back it to pressure the other Arab countries into compliance. Saudi Arabia is not biting as its foreign minister, Adel al-Jubair, repeated a statement he made about two weeks that Assad has not future in Syria’s politics. Now by force or later through peace.

Russia’s hollow peace initiative is coming at a crucial time as the Assad forces keep losing to the rebels. Russia believes only Assad can contain Islamic terror, which ignores the correct notion that Assad is the root cause of Islamic terror. Ignoring such fact uncovers the deception Putin is perpetrating with his new hollow peace initiative. If Putin wants really to eradicate terror, he should start with Assad, Hezbollah, Quds Forces, and the Iraqi Militias all foreign forces fighting in Syria.

No rebel fighting unit in Syria would stop fighting the Assad regime; whether they are Islamists or moderates. Putin seems to have learned nothing from the failed Obama initiative to raise a Syrian force to defeat ISIS but not Assad. Even if he is able to coerce the Syrian civil opposition to adopt his hollow peace initiative, the military opposition, with the real power, will not quit until Assad is deposed.

Let us not get our hopes up over the Russian plan for Syria. Those who matter the most are not sold on the idea of Assad remaining in power, and never will as they watch their loved ones perish under his barrel bombs and missiles.