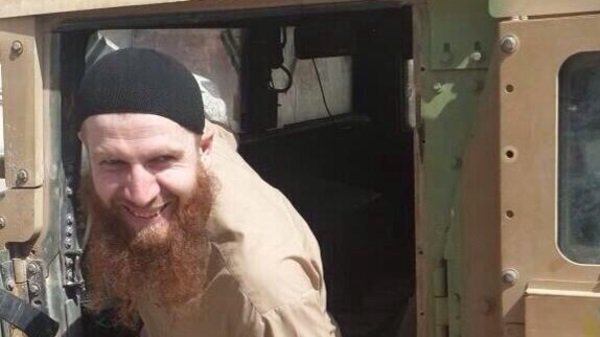 While we were dreaming of ISIS

March 8, 2015 5:17 am 0
Open letter of Ali Khamenei’s nephew to the US president Barak Obama
Beware ISIS strategy that fortifies Russia, Iran, and Syria
Be brave, the Khameneists are coming

While we were dreaming of ISIS, the real nightmare was manifesting itself in southern Syria in the form of 130,000 Syrian pro-regime mercenaries, Assad militia thugs, Hezbollah terrorists, and Iranian IRGC radical aggressors. A Molotov cocktail of terror descending upon Israel while Obama and the main stream media kept us busy with ISIS.

Diplomacy would have us all believe that there must have been some assurances exchanged between the various parties fighting in southern Syria and the West that no harm would come to a U.S. ally. Only to the rebels America supposedly supported. How kind of Iran and how patient our great Barack Obama is to let our worst enemies annihilate those we support publicly.

Secret diplomacy would have us conclude, based on the hollow lies of the axis of evil, that Israel has nothing to fear. Iran is only cleaning Syria of Jabhat al-Nusra and the moderate rebels fighting in Daraa.

On that basis, everyone is accepting of Iran fighting close to the Golan Heights separating the IRGC from Jerusalem by a mere 120 miles. Look ma, ISIS everywhere but no ISIS in the Golan, only Iran. So leave Iran be.

While we were dreaming of ISIS, we were paving the way for the Syrian and the Israel peoples to suffer quietly from Iranian presence and terror in southern Syria as we pay 100% of our attention to ISIS instead of monitoring and reporting on all terror. Yup, those Khamenei petulant calls for annihilation of Israel are not going to be ignored by 130,000 marching robo-terrorists.

It just pleases Barack Obama, as he decides which wall in his future library will hang his Iran Munich Agreement, to feel that he has finally accomplished something worthy. Like ObamaCare was a disaster, so is his IranCare. How else to describe the Carte Blanche Obama gave Iran to burn and blunder the region while he watched with satisfaction?

While we were dreaming of ISIS, imagine heavily-armed Soviet soldiers making Philadelphia their HQ in the 1960’s as Washington sweats the ramifications! Would John F. Kennedy have accepted Soviet troops armed to the teeth 120 miles from Washington? Yet, Obama thinks Israel, a U.S. ally, can suffer that fate.

I am starting to believe Khamenei is the older brother Obama never had. Can we have some compassion for this president please? He really wants to warn Iran against any aggression but then how would his pen pal brother Khamenei feel about it? He is too fragile to upset, so Obama’s position is let the Syrians, and the Israelis next, rot in hell instead.

While we were dreaming of ISIS, this is the math we should have been doing. 130,000 boots in Syria, plus about 50,000 in Lebanon, plus few thousands more in Gaza. All complimented by probably some 100,000 missiles and rockets all aimed on one geographic location. To be followed by nuclear threats Israel is too small to absorb if they become real. Obama, meanwhile, is on the golf course telling his American-Jewish billionaires how much he believes his Iran deal will help Israel.

While we were dreaming of ISIS. While we were sleeping and breathing ISIS, Iran was quietly conquering more lands, absorbing more people, spreading more terror, and enlarging its footprint across the whole region. We can pay attention to little Kobane or the town of Tikrit, but we are letting a whole Yemen be swallowed by Iran thanks to Obama who refuses to condemn Iranian aggression anywhere.

Think ISIS, but battle Iran. In Iran lies the head of the snake of all terror.

While we were dreaming of ISIS

Beware ISIS strategy that fortifies Russia, Iran, and Syria
Open letter of Ali Khamenei’s nephew to the US president Barak Obama
Be brave, the Khameneists are coming
Radicalism 567