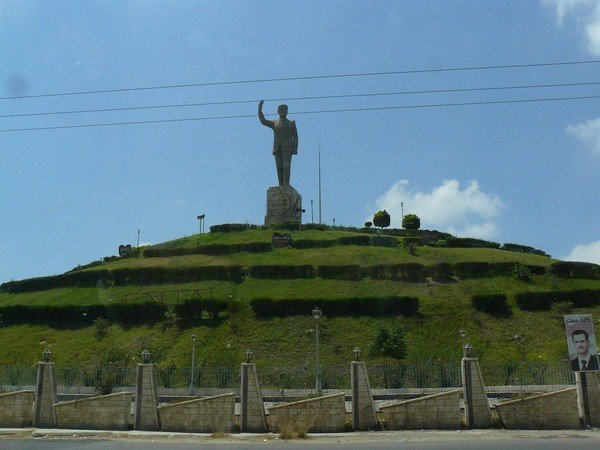 Sunni Islamists Short Distance From Alawistan, Revenge on Their Mind

The Syrian army said its troops had abandoned the town of Muhambal, which passes along a major highway from the city of Aleppo in the north to the coastal port city of Latakia and were regrouping for a counter-offensive. Social media videos showed army trucks and large caches of weaponry abandoned.

The Islamist alliance, including al Qaeda’s Nusra Front, calls its operation the “Jaish al Fatah”, a reference to conquests that spread Islam across the Middle East from the seventh century.

“After taking over several villages, we came from the mountains and entered the town and began combing it,” said Abu Malek, a field commander from Nusra who led the advance against Muhambal, was quoted as saying on an opposition television station.

Syrian state television later said it killed “tens of terrorists” and destroyed large convoys carrying Nusra Front fighters in a series of air raids on their positions in Basankoul and a string of villages rebels had taken over.

A Trove of Weapons Abandoned

Activists on the ground said large caches of weapons were abandoned by the army when they fled the area.

The main olive growing Idlib province is strategically located, bordering Turkey and adjoining Latakia, the coastal province on the Mediterranean whose mountains are the ancestral home of Assad’s minority Alawite sect some, in favor of splitting Syria, have started calling Alawistan.

Sunnis Islamists are a short distance from Alawistan. If reached, they may exact revenge on Assad loyalists.

The Islamist insurgents intensified mortar shelling on army outposts in the strategic Jabal al Akrad mountain range that overlooks Alawistan villages and close to Qardaha, hometown of the Assad family.

Nusra Front are rivals of the ultra hardline Sunni militants of Islamic State who also expanded their presence after taking control of the central city of Palmyra last month. It marked the first time the group had seized a Syrian city directly from government control.

It is highly probable that if the Sunni Islamists reach any Alawite village, mass killings would ensue to avenge Assad’s atrocities using crude but deadly barrel bombs and the gassing of women and children.

Sunni Islamists Short Distance From Alawistan, Revenge on Their Mind