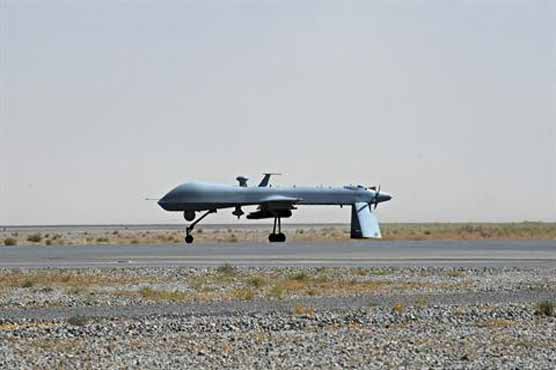 CIA Drones in Syria? Word of Caution to the Wise

The LA Times reported this morning that the CIA might be drawing contingency plans to attack the extremist elements in Syria using its expanding arsenal of drones. As these considerations are being contemplated to protect US interests and the interests of US allies in the region, a word of caution to the wise is in order if the CIA drones are to be used in Syria.

Whether these considerations will go in effect or whether this leak to the media is a scare tactic, there are many elements to consider we are certain the CIA analysts are fully aware of.

Here is a perspective, though, from someone whose blood is Arab and whose values are American.

Further to the above and because:

It is, therefore, imperative, because of the two above factors, to deliver a direct American message to JAN and ASH after the first CIA drones attack is carried out not only to cease threatening US interests and allies, but also to recant their latest threats by issuing a “Fatwa of Focus” against Assad, Iran, and Hezbollah.

The Middle East is a complicated region because it blurs the lines between identities, loyalties, tribalism and short-term goals to produce a moving target in the service of often-secretive long-term goals (i.e. Caliphate or control, terror or self-preservation, wise ruler seeking stability or a psychopath seeking chaos?). It behooves the US, whose familiarity with what causes lines to shift is still nascent, to be cautious and to plan based on predicaments and expectations rather than immediate results.

Take the least resistant road to leave breadcrumbs behind that may serve in another battle and for another day because even Islamic extremists can serve useful purposes in a region whose culture centers on acts of revenge.

CIA Drones in Syria? Word of Caution to the Wise