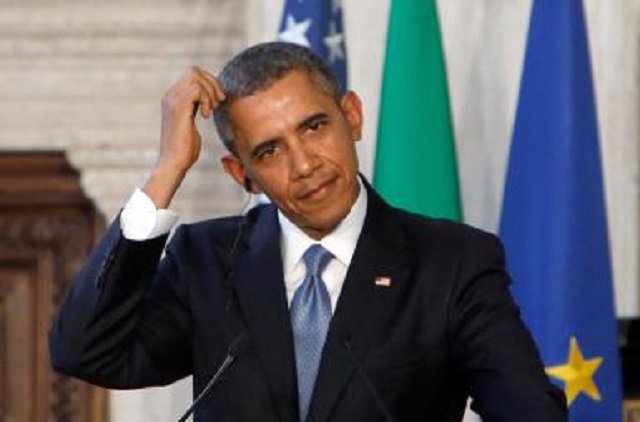 Obama Nixed CIA Plan That Could Have Stopped ISIS

April 3, 2016 12:05 am 0
Syria’s War is a KGB-CIA Score Settling War
Did Obama Order Benghazi Stand Down?
In Syria, militias armed by the Pentagon fight those armed by the CIA

It’s long been known that then-CIA Director David Petraeus recommended a program to secretly arm and train moderate Syrian rebels in 2012 to pressure Assad. But a book to be published Tuesday by a former CIA operative goes further, revealing that senior CIA officials were pushing a multi-tiered plan to engineer the dictator’s ouster. Former American officials involved in the discussions confirmed that to NBC News.

In an exclusive television interview with NBC News, the former officer, Doug Laux, describes spending a year in the Middle East meeting with Syrian rebels and intelligence officers from various partner countries. Laux, who spoke some Arabic, was the eyes and ears on the ground for the CIA’s Syria task force, he says.

Laux, an Indiana native who joined the CIA in 2005 at age 23, says he wrote an “ops plan” that included all the elements he believed were necessary to remove Assad. He was not allowed to describe the plan, but he writes that his program “had gained traction” in Washington. His boss, the head of the Syria task force, regularly briefed members of the Congressional intelligence committees on what Laux was seeing, hearing and suggesting.

A former senior intelligence official said Laux’s ideas—many of them shared by other members of the CIA’s Syrian task force–were heavily represented in the plan that was ultimately presented to Obama.

But the president, who must approve all covert action, never gave the green light. The White House and the CIA declined to comment.

The White House and CIA leaders “had made it clear from the beginning that the goal of our task force was to find ways to remove President Assad from office,” Laux complained. “We had come up with 50 good options to facilitate that. My ops plan laid them out in black and white. But political leadership…hadn’t given us the go-ahead to implement a single one.”

Laux’s account was heavily censored by the CIA, which reviews every book by a former officer and removes classified information. The agency would not let Laux describe his Syria prescriptions in detail. Still, some observers have found it surprising that the agency allowed a former officer to write that the CIA was planning the overthrow of a foreign government.

Petraeus and others who supported the plan believe it could have prevented the rise of ISIS, Assad’s use of chemical weapons, the European refugee crisis and the tens of thousands of civilian deaths that have happened since, the former officials say. President Obama and many other analysts strongly disagree.

Elements under discussion at the time included not only bolstering Syrian rebels, but pressuring and paying senior members of Assad’s regime to push him out, the former officials said. The idea was that the Syrian civil war could then have been peacefully resolved–a huge uncertainty.

Laux ultimately resigned in frustration — over that and other issues — after it became clear the Obama administration would not move forward.

Some time later, Obama authorized a more modest CIA plan to arm and train Syrian rebels than the one Petraeus had recommended, but that effort has not been decisive on the battlefield. The moderate Free Syrian Army collapsed, and many Syrians opposed to Assad were drawn into the orbit of extremist groups, including al Qaeda and ISIS. Saudi Arabia, Qatar and other Gulf countries began arming different rebel groups and pursuing their own agendas.

ISIS had not yet broken from Syria’s al Qaeda affiliate, or seized territory, when Laux was proposing his plan. By 2014, an allied coalition that included the U.S., U.K., and France was launching massive airstrikes against ISIS, which had seized a vast swath of Iraq and Syria and established a caliphate.

Looking back, Laux now says he doesn’t believe his or any other covert plan could have stopped the rise of ISIS or ended Syria’s bloody civil war. “There were no moderates,” he says.

But Petraeus believes it might have, as does Robert Ford, the former U.S. ambassador to Syria, and Leon Panetta, the former defense secretary, former senior U.S officials told NBC News.

While the plan had risks, the situation in Syria “couldn’t be worse” than it is now, another former senior official involved said.

In the memoir she published last year, “Hard Choices,” Democratic presidential candidate Hillary Clinton said she advocated having the CIA arm the rebels in 2012, siding with Petraeus in internal White House debates.

Petraeus, Ford and other officials held weekly meetings on the issue during the summer and fall of 2012, former officials say.

Neither Petraeus nor Ford would comment about the covert plan, but Ford said in an interview that he believes ISIS would not have been able to declare a caliphate in Raqqah, Syria, if the U.S. government had taken steps in 2012 to bolster what was then called the Free Syrian Army.

“I’m confident we would be looking at a different Syria today if the president of the United States hadn’t overruled David Petraeus, head of the CIA, Hillary Clinton, secretary of state, and Leon Panetta, who was secretary of defense,” Sen. John McCain (R.-Arizona) told NBC News.

President Obama has not commented on the full CIA plan, but he has said arming Syrian rebels would not have worked.

“The notion that we could have—in a clean way that didn’t commit U.S. military forces—changed the equation on the ground there was never true,” Obama told the writer Jeffrey Goldberg for the April edition of the Atlantic Magazine.

But former senior U.S. officials point out that the Lebanon-based terror group Hezbollah, and Iran’s Revolutionary Guards, had not yet begun fighting in Syria in significant numbers in 2012. Many players in the region, they say, were waiting to see what the United States would do.

Laux said he believes U.S. policy at the time was “feckless,” and shattered American credibility in the region, even before Obama declined to take military action when Assad used chemical weapons in August 2013.

For example, he said, in August 2012, then-Secretary of State Clinton announced in Turkey that the U.S. was considering enforcing a no fly zone against Assad’s forces, a statement that made news.

“For the next few days, rebel leaders who had been suspicious of U.S. motives before happily shared everything with me — the state of their forces, where they were deployed, the names of important leaders, etc,” Laux writes. “It yielded an intel bonanza.”

Soon, though, they began to ask when the U.S. jets were coming.

“The no fly zone pledge turned out to be a bluff to try to get Assad’s allies to put more pressure on him to resign,” Laux writes. “I wasn’t told that either. What it accomplished was to flush the slim credibility we had in Syria down the drain.”

After it was clear the administration wasn’t going to move forward with covert action, Laux recommended that the CIA pull out altogether, an idea that did not win him any friends inside the agency.

He was soon overtaken by frustration.

“I had worked my ass off for almost a year, risked my life, and compromised my health and personal life because I was seriously trying to come up with a plan to help the Syrian opposition that would meet with the approval of the administration, Congress, and our Arab and European allies,” he writes.

The experience left him “starting to question what I was doing with my life.”

While the CIA would not comment on the Syria plan, a spokesperson did issue a statement about Laux’s book.

“Sadly, Mr. Laux’s career at CIA did not work out. We hope that someday, maybe with age and greater maturity, he will have better perspective on his time here. The American people should know that his former colleagues continue to do extraordinary work despite his departure, and do so without the need for public recognition.”

Obama Nixed CIA Plan That Could Have Stopped ISIS