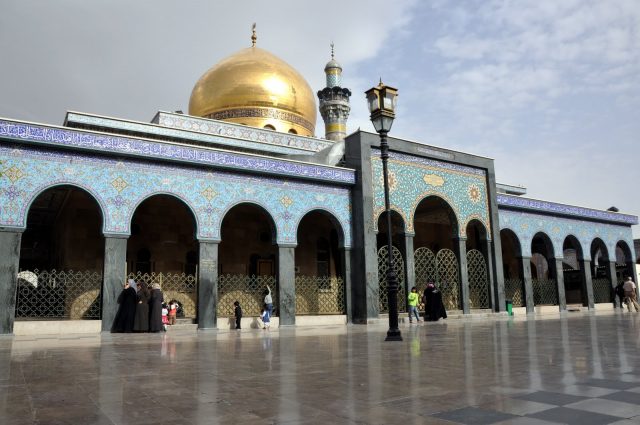 Sayeda Zainab Shrine is holly to the Shia faith, which Hezbollah is using to rally the troops around its protection. Today, Hezbollah is clearing the suburbs of the Shrine in order to protect it. The rebels infiltrated it last year to kidnap some 48 Iranian pilgrims the rebels claimed were spies.

There is no reason for the rebels to fight or even come close to Sayeda Zainab Shrine. Respect for the religious symbols of Syrians must be a sacred vow every Syrian must take seriously. Attacking or threatening Shrines or religious symbols invites the accusation the West levels against Syrians, in order to avoid intervention, that co-existence is impossible given the characters fighting; therefore, our intervention is far more dangerous than any outcome form a policy of non-intervention.

Hands off the Sayeda Zainab Shrine because it is sacred to the Shia faith and because it invites the very same arguments Syrians do not need to hear to save their country and to secure their lives.