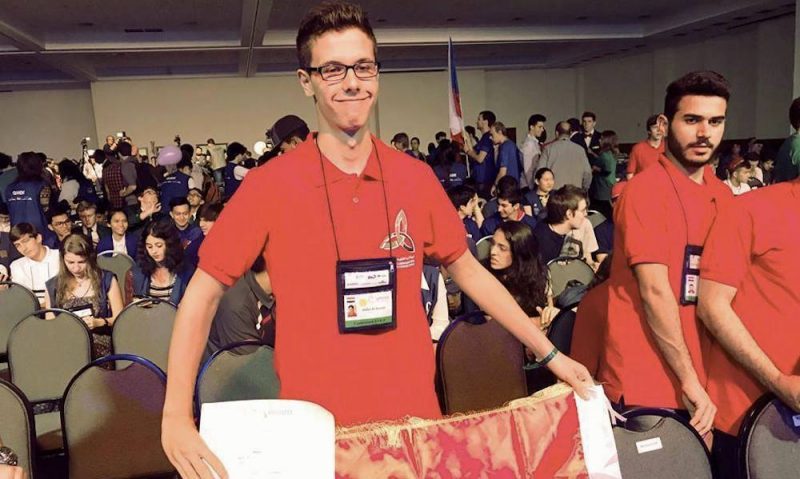 If You Think Assad is a Monster, Wait to See His Son Hafez

Inside the House of Windsor, princes and princesses learn to govern by immersing themselves in learning about world histories and current affairs, in sports such as archery or polo, in focused careers such as officers in the Navy or Air Force. How do you think Baschar al-Assad is teaching his son Hafez how to govern?

This blog may shock you. Many may not believe how the Assads prepare their offsprings for their brutal rule, but we assure you everything written here is true.

Instead of learning about world histories, Baschar’s son Hafez is taught how to hate. Lessons in history are twisted to point fingers of guilt with revenge being the only answer. In the case of his son Hafez, the young monster is already full of hate against his own people his father embedded in him for one purpose only: To be ready one day to gas them, kill them, or ethnically cleanse them, without blinking an eye, as he did.

But how do you dehumanize a kid of 11 years old (Now 16) to hate so much and to become a baby monster willing to kill women and children without any remorse? When Jews celebrate Bar Mitzvah to welcome a boy into adulthood full of hope, the Assads have their own super secret welcome into an adulthood of violence and death.

This is done through live training.

At the tender age of 11, son Hafez was given a gun and brought in front of several Syrian prisoners. He was asked to shoot them in the head one by one in order to strip him of any humanity. This process is repeated for many years. It is how Baschar was trained by his father and this is how Baschar is training his son Hafez.

ISIS, in fact, has adopted the same technique of training to dehumanize their own children. Many videos (very violent) and images have been circulating on the Internet of ISIS children beheading their enemies. ISIS is gone, but son Hafez is ready to take his father’s place to commit more crimes against humanity.

How then can one explain the Assad senseless killing of his own people? For him, he is not killing people but satisfying the urge to hate his mentors imbued in his psyche early on. By committing genocide, Assad is only responding to the training he and his brothers had at a very early age. When children play with plastic guns, Baschar al-Assad was killing people with real guns.

The dehumanization of son Hafez has been completed as soon as he reached his adulthood just in case his father does not survive the wrath of his people. When he inherits from his father, son Hafez will be as big a monster as Baschar al-Assad was. Don’t hold your breath for any civility from any Assad.

So, while the House of Windsor grooms the kings and queens in-waiting with the knowledge to govern with civility, the Assad family secretly grooms their offsprings to defend their brutal rule using utmost savagery and barbarism.

Openly, Baschar wants to impress upon the world his son is normal, and a genius to boot. The fact Hafez had no business participating in a prestigious math competition that landed him dead last is of little concern to his father. He wants to show his son, early on, to be normal, when, in fact, the kid is anything but a trained psycho killer following in the footsteps of his own genocidal father.

If You Think Assad is a Monster, Wait to See His Son Hafez

Half of Syria’s children are not in school, creating dire consequences for the future
The Thuggery of Hezbollah is Pure Evil
Plan to Isolate Iran in Syria
Assad Genocide 425 ISIS Terror 113 Opinions 953 Radicalism 564 Syria 450