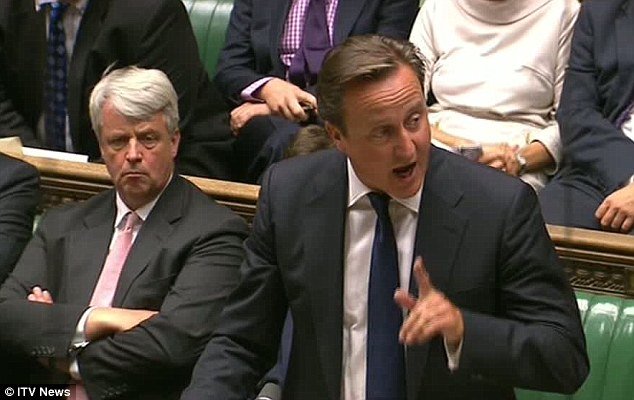 March 17, 2013 10:06 am 0
The Muslim Middle East Cannot Handle a Pandemic
No Syrian-Americans Allowed to Testify
Saudi Arabia Should Recall Its Ambassador to the US

EU and Arab allies of the United States are breaking away from an illogical US policy on Syria but not before depicting publicly their frustration with the Obama Administration. Frustrated allies discover imposturous Chicago politics in this Obama administration unwilling to act decisively or righteously.

These are the words some allies have uttered recently, after tail coating an Obama rabbit-in-a-hat Syrian policy, as they finally break away from that policy.

I think it’s worth taking on for a moment the two arguments that the opponents of change make. The first is that what is required in Syria is a political solution, not a military solution. Well, of course people want a political solution… but this is not an either-or situation, [The second argument was that] the arms will go to the wrong people, to which my answer is: That is what has happened already. British PM Cameron.

For the PM of a major EU country, and close ally of the US, to respond publicly to the weak arguments of an administration desperate to see Assad survive says plenty about the mistrust some in Europe have with a WH waltzing on a deceptive tightrope.

We would hope the Americans would join us. Senior EU Official

This, in our opinion, is diplo-speak for “What the $%#^&*@! is wrong with you? An opportunity presents itself to defeat one of the most destabilizing and violent regimes in Middle East and you stand by this regime of terror as if you are protecting it? What the &$*(#@?” is wrong with this US President?”

This is our opinion of course and we can never prove what this particular diplomat was thinking.

We’re at the point where we have to show some real progress, everyone was waiting for a new administration, then a new cabinet, [If Assad and his military now] see business as usual, then he could survive. Senior Arab Official

This statement to us shows a level of frustration indicative that an imposturous act has taken place. Did someone at the WH promise a new dawn to rise after the elections only to renege on that promise?

Some of our allies are now speaking to the WH by making public statements. It cannot be more telling of their frustration with President Obama and his team of foreign policy advisors unwilling to defeat our worst enemies.

Secretary Kerry may just be facing his first international mutiny in his first month in office. A crowning achievement indeed. We wonder what the title of that chapter in his memoirs will read. “I Saved the Human Race Because I Averted World War III”?

Many EU countries, who stand firm by their embargo against sending sophisticated weapons to the rebels, have warned lately of the radicalization of some of the Muslims returning from fighting in Syria. One would think they would address this danger to their homeland with a policy change on Syria, but their leaders think otherwise.

We have just removed our “Complaint Box” for these countries and if radicalization eventually stiffens their softness and dashes their hopes of dealing with homegrown extremism using velvet and silk, do not complain to anyone else either.

Meanwhile, do not believe a word Obama says about Assad. He is protecting him more than Putin is.