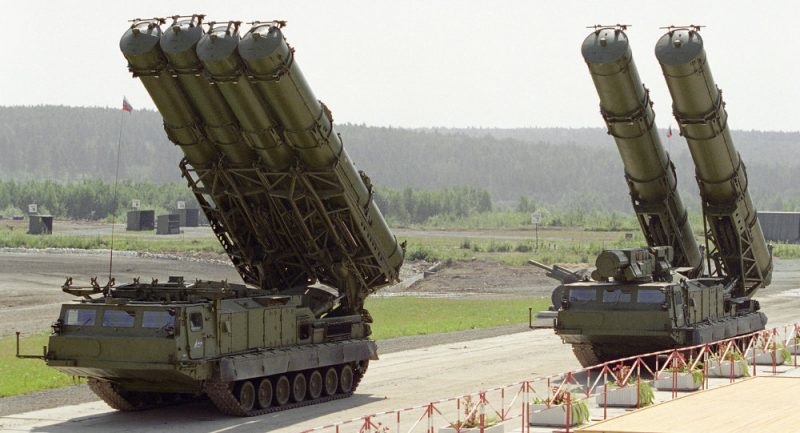 Putin Installing S-300 in Syria May Start a Major War

An article in Bloomberg by David Wainer and Henry Meyer entitled “New Russian Weapons Alarm Israel, May Trigger Next Syrian Crisis” predicts that the next Russian move may trigger a crisis. We believe Putin installing S-300 in Syria may start a major war.

The article lays down the basis for the next major war.

Angered by last week’s U.S. attack on Syria, Russia warned that there would be consequences. Only one of them was spelled out: The Kremlin said it may supply its Syrian ally with state-of-the-art air defenses.

It also lays down why there would be a major war if Russia carries out with its threat.

Israeli analysts and former defense officials say there’s only one likely response from the Jewish state if the S-300 surface-to-air missile systems are delivered to Syria: An immediate attempt to blow them up. That would upend the delicate relationship between Israel and Russia, who’ve kept channels open despite supporting opposite sides in Syria. And it could create another dangerous moment with the potential to escalate the seven-year civil war into a wider conflict.

The article is an advanced warning to Russia by a determined Israel to see that Iran never gains a foothold strong enough in Syria to threaten the lives of its women and children. Israelis saw what the Mullahs are capable of when their IRGC snipers targeted Syrian pregnant women with the aim of first killing the unborn child. To call them ‘animals’ would be an insult to all the animals on this planet.

In the event Putin installing S-300 in Syria is carried out and Israel destroys it before it is assembled, what would President Trump do? Would he act immediately to protect Israel or would he try and balance his act by keeping both Putin and Netanyahu at equal distance? After all, the President needs the Oligarch money, once he leaves office, to save his real estate defunct company. He saw how the first wave of tough sanctions almost sank Rusal, the Russian mining company. As a result, he refused to implement further sanctions.

Maybe Saudi Arabia should suggest a long-term loan for the Trump Organization to free him from Putin. How else to explain this adamant refusal to punish Putin’s terror and fanaticism against the West and its interests?

What about Jim Mattis whose views on Syria ignore almost completely the well-being of the Jewish State. Will he go along to stand by Israel or will he balk at entering into a wider conflict that pegs small Israel against the two giant machines of terror Russia and Iran?

As of now, Putin is making the same calculations, which partly may rely on Trump doing nothing. Only Putin knows what hold he has on our president and how far he can go to keep his foot on his neck.

Putin Installing S-300 in Syria May Start a Major War