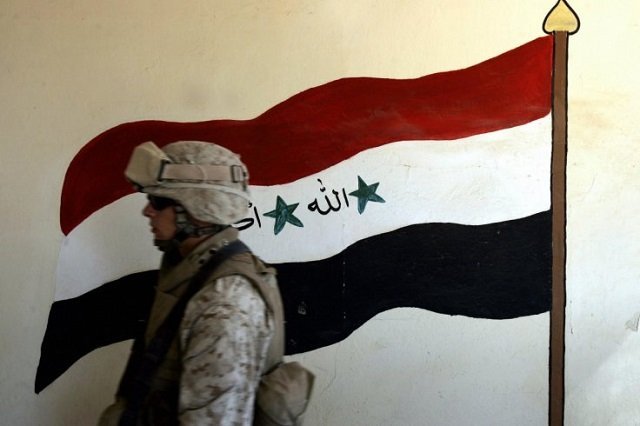 Obama Made Every American the Target of Terrorists

January 17, 2016 11:22 pm 0
Restoring American Exceptionalism
Hey Terrorists, Obama Is Willing to Pay $400 Million for Every American You Kidnap
American Muslims Have Much To Prove

The very same day Barack Obama patted himself on the back for trading with terrorists to bring home four Americans held illegally in Iran, three more Americans go missing in Iraq. Obama made every American the target of terrorists. Especially those working for countries where Iran has the most influence like Iraq, Syria, Yemen, and Lebanon.

Some may think Obama is clueless about the outcome of trading with terrorists; at TFS, we believe, Obama knows exactly what he is doing. He knows that more Americans would become targets of every terror group the moment he trades with terrorists. It does not take a genius, really.

Don’t take us wrong, we are very happy to see any American freed by Iran, a country run by terrorists who have this nasty habit of kidnapping foreigners whenever their kind of justice is trampled upon. But when submitting to terrorists yields more kidnappings, then the line must be drawn. Obama has put every American working in the Levant, and where Iran has immeasurable influence, at risk of becoming the next victim.

Besides the Iranian operatives Obama is releasing, there are also Hezbollah operatives and Syrian regime operatives caught smuggling drugs and weapons, threatening the lives of Americans, and/or spying for the Assad regime or Hezbollah. Guess who kidnapped those American contractors in Iraq!

The Assad regime holds Austin Tice hostage. The butcher in Damascus will not release him until the Syrian Embassy opens again in Washington and their spies and thugs are released to become part of the diplomatic corps at the Embassy. It won’t be long before this administration capitulates to the psychopath Assad the way it has capitulated to the terrorists in Tehran. In the meantime, more Americans are going to be kidnapped because of Barack Obama. This is a fact.

The least the U.S. State Department could have done was to issue a warning to all the Americans working in countries where Iran has a big footprint to take every precaution necessary. While the Champagne was flowing at Foggy Bottom in celebration for the release of the hostages Iran held, three Americans were kidnapped in Iraq. It goes to show you how naive our diplomats negotiating with Iran are. It did not even occur to them that more Americans might be kidnapped after complete capitulation to terrorists.

We just hope the Champagne causes them less of a hangover than the one they are about to experience trying to negotiate the release of more American hostages by bowing to their every demand and whim.

Obama Made Every American the Target of Terrorists