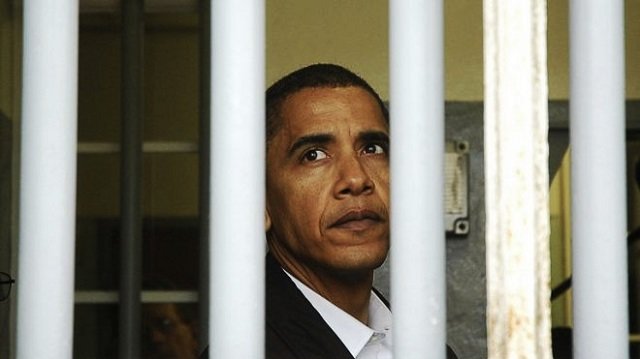 Hey Terrorists, Obama Is Willing to Pay $400 Million for Every American You Kidnap

The story below came to us courtesy of The Israel Project. It seems that Barack Obama paid the Iranian terrorists a hefty ransom to get the four Americans Iran kidnapped illegally released. Four Americans cost the US $1.7 billion making it the highest paid ransom sum of money in US history. Hey terrorists, Obama is willing to pay $400 million for every American you kidnap.

Hey terrorists, Barack Obama has set the bar for every American you kidnap. He is willing to pay you over $400 million to have him/her released.

Any wonder three Americans were kidnapped by Iranian-backed Iraqi militia the same day? Here comes Obama with $1.2 billion of your taxpayer’s money to the rescue.

Below is what TIP published. Read it and weep for the leaflet distributor you voted into office:

The United States made a settlement payment to the Iranian government on Sunday, immediately prior to Iran’s release of four American detainees, that some have suggested was a ransom payment. On Wednesday, Associated Press journalist Bradley Klapper pressed Deputy State Department Spokesperson Mark Toner as to whether or not it was a ransom, which Toner denied, saying the timing was purely coincidental. Justin Fishel of ABC News asked Toner, “[D]o you really…expect us to believe that the exchange would have happened without this payment?” Brig. Gen. Mohammed Reza Naqdi, the leader of the Basij, a paramilitary volunteer militia operating under the aegis of the Islamic Revolutionary Guard Corps (IRGC), said as much on Wednesday: “This money was returned for the freedom of the US spy [sic] and it was not related to the (nuclear) negotiations.”

Of the $1.7 billion, $400 million is a trust fund used by the pre-revolutionary Shah to pay for weapons, and the balance is interest of $1.3 billion payable by American taxpayers, which was confirmed by National Security Council Spokesperson Ned Price on Wednesday. The Wall Street Journal’s editorial board wrote on Wednesday that there is yet another $1.7 billion claim – this one from American victims of Iranian terrorism, including the 1983 Marine barracks bombing in Beirut and the 1996 bombing of the Khobar Towers in Saudi Arabia. The Journal’s editorial board continued, “President Obama and [Secretary of State John] Kerry didn’t press for fair settlements for these victims as part of the nuclear deal and now seem to be pre-emptively reimbursing Tehran for its potential losses from the claims.”

In exchange for the four American detainees, the U.S. released seven Iranians in U.S. custody charged with sanctions-busting and removed 14 others from Interpol’s red list. Bloomberg View’s Josh Rogin explained that of those 14, two were high-ranking officials at Mahan Air, an Iranian firm that flies arms and soldiers to support the Assad regime and Hezbollah in Syria. Foundation for Defense of Democracies analyst Emanuele Ottolenghi said that their removal from the red list “is another signal that there will be no consequences for this airline and the crimes they are responsible for.”

Hey Terrorists, Obama Is Willing to Pay $400 Million for Every American You Kidnap