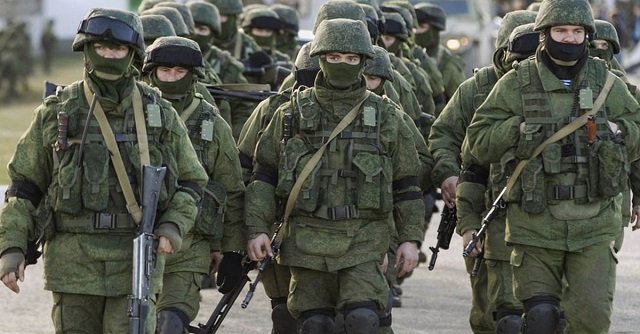 How Obama Traded American Power to Thugs and Terrorists

Russia and Syria carried out what appeared to be the first major coordinated assaults on Syrian CIA-backed insurgents on Wednesday and Moscow said its warships fired 26 missiles at them from the Caspian Sea, a sign of its new military reach.

The combined assault hit towns close to the main north-south highway that runs through major cities in the mainly government-held west of Syria.

Islamic State militants have seized much of Syria since civil war grew out of anti-government protests in 2011, but the areas targeted in Wednesday’s combined assault are held by other rebels, some U.S.-backed, fuelling allegations by Russia’s critics that its real aim is to help the government.

The rockets would have passed over Iran and Iraq to reach their targets, covering what Shoigu described as a distance of almost 1,500 km (900 miles), the latest display of Russian military power at a time when relations with the West are at a post-Cold War low over Ukraine.

The air campaign in Syria has caught Washington and its allies on the back foot and alarmed Syria’s northern neighbor Turkey, which says its airspace has been repeatedly violated by Russian jets.

Ankara summoned Russia’s ambassador for the third time in four days over the reported violations, which NATO has said appeared to be deliberate and were “extremely dangerous”.

Turkey said Syria-based missile systems harassed its warplanes on Tuesday while eight F-16 jets were on a patrol flight along the Syria border.

Syrian state media made no mention of the reported coordinated Russian-Syrian attacks in western areas, saying instead that Russian aircraft had targeted Islamic State positions around Aleppo.

State television said government forces had targeted IS militants at the Sha’ar gas field and village of Qaryatain in Homs province, as well as Atshan, a town to the east of Russian air force bombardments in Hama province on Wednesday.

In conversation with Shoigu, Putin said it was too early to talk about the results of Russia’s operations in Syria and ordered his minister to continue cooperation with the United States, Turkey, Saudi Arabia, Iran and Iraq on the crisis. While Putin wrestles the region from American influence, he calls for talks. Where did we hear that one before? Barack Obama traded American power to Russian thugs and Mullah terrorists.

However, U.S. Defense Secretary Ash Carter said the United States would not cooperate militarily with Russia in Syria, although it was willing to hold basic, technical discussions to secure the safety of its own pilots bombing IS targets in Syria.

Calling Moscow’s strategy “tragically flawed”, he renewed accusations that the strikes were not focused on Islamic State.

Turkish Prime Minister Ahmet Davutoglu said only two of 57 Russian air strikes in Syria so far had hit Islamic State, while the rest had been against the moderate opposition, the only forces fighting the hard-line insurgents in northwestern Syria.

“If (the Syrian regime) weakens the opposition, it will strengthen Islamic State,” he said, warning of the risk of a new flow of refugees, who have left Syria in their millions, overwhelming neighboring countries and causing a crisis in the European Union.

But in Iraq, the head of parliament’s defense and security committee said Baghdad may request Russian air strikes against Islamic State on its soil soon and wants Moscow to have a bigger role than Washington in fighting the group. As of Russian invasion of Syria, Barack Obama traded American power to Russian thugs and Mullah terrorists. Even Iraq is looking to Russia for answers.

NATO said on Tuesday it had reports of a substantial Russian military build-up in Syria, including ground troops and ships in the eastern Mediterranean.

How Obama Traded American Power to Thugs and Terrorists