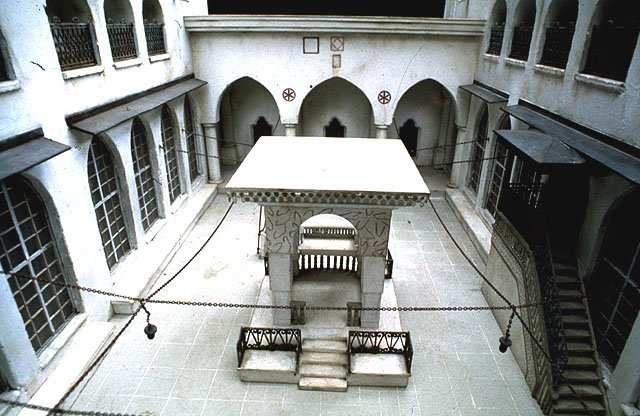 February 14, 2016 5:25 am 0
The Next Big Battle for Aleppo’s Soul
Aleppo is Costing Too Many Alawite Lives
Iranian General Was Killed by ISIS Near Aleppo

Je Suis Aleppo. Please unite with the great city of Aleppo. Home to the greatest Synagogue, most opulent Cathedrals, and the largest Mosques.

When the Muslim terrorists attacked the publication Charlie Hebdo on January 7, 2015 for satirically printing images of the Prophet Mohammad, the whole world stood by the newspaper and declared themselves “Je Suis Charlie”. It was the most moving expression of unity the world has ever witnessed against senseless terror. At TFS, we too wrote about it passionately in an article we entitled “Je Suis Juif” in defense of the Jewish-owned Hyper Cacher supermarket where Muslims attacked peaceful Jews just because of their religion.

As the Assad and Putin terrorists bomb the beautiful town of Aleppo, we ask for your solidarity with its people against their terror and violence, which aim to drive more Syrian refugees out of Syria in an ethnic cleansing crime against humanity.

The people of Aleppo are being attacked not because they have satirically drawn a cartoon of Assad, Putin, or the Orthodox Patriarch Kirill. No, they are being terrorized because they are refusing to enter voluntarily the chambers of torture Baschar al-Assad has prepared for them. They are being killed by Russian bombs because they refuse to submit, body and soul, to the Adolph Hitler of our era in Syria in the form of the butcher Assad.

Just as the UN publishes details about Assad’s practices of exterminating Syrians, the world expects ordinary Syrians simply to walk into Assad dungeons voluntarily. Even the Jews, during the tragic Hitler era, fought back when they could and their resistance speaks volumes about their heroic courage. Why are Aleppians not provided with the same human compassion when the world knows exactly who Assad is?

From the start, people who witnessed the Syrian civil war simplified their views of the different actors by creating three baskets in which they placed the Assad regime, the ISIS terrorists, and the rest of Syrians in the third basket. In that third basket, one could find the secular Free Syrian Army units, the al-Qaeda terrorists, and innocent civilians some of whom later became Syrian refugees. To many, the third basket was labeled as often as its most common denominator was labeled in the press. Soon, it became known as the Islamist terrorist basket even though, in that basket, we all knew millions of innocent civilians existed who drew no cartoons, but who wished to live with dignity and freedom from the Assad extreme tyranny. Do you blame them if they refuse to be exterminated by a madman?

From the start, the world has fused innocent civilians with al-Qaeda terrorists thanks to Iranian and Assad propaganda many kept falling into. As Putin bombs schools and hospitals, the subconscious of readers in the West associate their bombing campaigns with killing terrorists, and not the innocent children and women Putin is enjoying killing.

Yes, these innocent civilians are mostly Sunni Muslims. Since when we Americans permit ourselves to take sides with or against an issue based on religion? Has history not taught us that once we cross this dangerous Rubicon, we cross the moral high grounds towards an uncontrollable animalistic instinct with repercussions that will haunt us for generation? The day we confuse innocent civilian Sunni Muslims with Sunni Muslim terrorists is the day we lose sight of who we are as great people in the greatest nation ever.

Please unite with the Innocent people of Aleppo. Their suffering is our suffering. Their plight is our plight. Why is it so hard to understand them when they refuse to be treated like animals in Assad’s chambers of torture and fear? Ask yourselves, would you submit to Assad and his violence?

Maybe this is why Aleppo is home to the greatest Synagogue, the most opulent Cathedrals, and the largest Mosques. Maybe because it deserves our compassion and empathy. Je Suis Aleppo.

Blast hits Aleppo intelligence HQ
What Use is Killing Bin Laden if Policy Grows Another 100?
Aleppo is Costing Too Many Alawite Lives
Opinions 894 Putin Terror 426