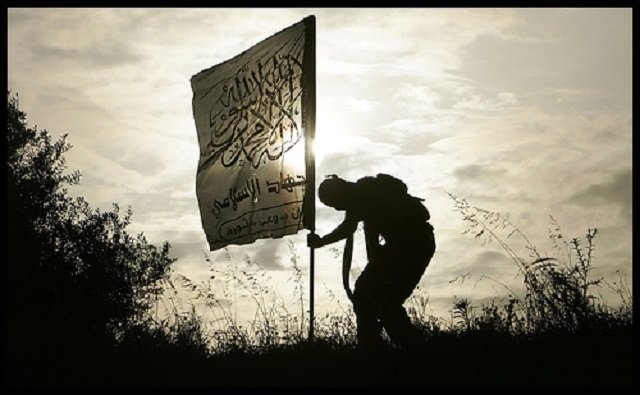 The Next Breeding Ground for Global Jihad

October 8, 2013 8:04 am 0
The Strange Case of Dr. Obama and Mr. Hyde
Obama Calls on World to Sanction Assad But Buys Weapons from Russian Firm Killing Syrians
The Crisis of ISIS

Source; The Wall Street Journal – by Reuel Gerecht (The Next Breeding Ground for Global Jihad)

Washington may have already helped create the deadliest Islamic movement since the Taliban merged with al Qaeda.

When President Obama declared that Syrian dictator Bashar Assad must “step aside” two years ago, many believed that it was only a matter of time before the U.S. intervened on behalf of the rebels battling the regime. Now that seems increasingly out of the question. The growing power of hard-core Islamic radicals among the rebels has made the White House, and many in Congress, look upon the Syrian opposition with little enthusiasm. Instead, Washington focuses on the charade of trying to relieve Assad of his chemical weapons, as if that will have any effect on the civil war.

America ignores the rebels at its peril. Yet on the left and right, anti-interventionists argue against American airstrikes, or any serious military aid, because such assistance would abet al Qaeda-linked jihadists. Perhaps what these anti-interventionists don’t realize is that the president and Congress may have already done their part to create the most deadly Islamic movement since the Taliban merged with al Qaeda in the 1990s.

Social order in the Muslim world depends, as it so often does elsewhere, on older men keeping younger men in check. In Afghanistan in the 1990s, the Taliban’s medieval mores – a zealously crude form of village Pashtun ethics – gained the high ground because older men and their moderating social structures had been obliterated over three decades by Afghan communists, Soviets and civil war.

A Sunni Muslim imam from the Liwa al-Tawhid rebel group talks to his comrades in Aleppo in September.

Urban culture – the core of Islamic civilization – was wiped out. The elites of the country’s primary ethnic groups, who had been based in the bustling, literate, Persian-speaking culture of Kabul, went into exile or became brutal warriors. Heartless men bred by battle embraced Osama bin Laden, a Saudi-born Sunni militant. Bin Laden’s vision of jihad against the United States easily melded into the Taliban’s localized jihad against Ahmad Shah Masoud, the Sunni Tajik commander who formed the Northern Alliance and kept the Taliban from conquering all of Afghanistan.

To be sure, Syrian Sunni culture is vastly more cosmopolitan and urbanized than Afghan Sunni culture. Syria is where Arab Bedouins first became polished men of arts and letters and transformed Byzantine architecture into a Muslim motif that defined Islamic elegance for centuries. But the shocking satellite photos of a constantly bombarded Aleppo, the center of Sunni Syria since the 10th century, ought to warn us how quickly society can be transformed””no matter how sophisticated.

Though Arab Syrian nationalism is more solid now than when it was born 90 years ago, it isn’t nearly as deep as Syrians’ Muslim identity. And in times of tumult in the Middle East, Islam – and the ancient divide between Sunnis and Shiites – comes to the fore. Shatter Syria into fragments, and radical Islamists who appeal to a higher calling, just as they did in Afghanistan, are guaranteed to attract young men who yearn for a mission beyond their destroyed towns and villages. There may be as many as 1,000 Sunni rebel groups scattered across Syria, stocked with such fighters.

The Taliban played on tribal sentiments while always appealing to a post-tribal, Muslim conception of state. The Islamist fighters in Syria appear to be following the Taliban’s playbook. Loyalty among these men isn’t ultimately based on family, tribe, town or even country, but on the supremely fraternal act of holy war.

We don’t know what the recuperative power is for Sunni Syrian society. We do know that whatever the power is now, it will be much reduced in six months. If Assad’s manpower reserves can hold out for another year and a half or two years, Syrian Sunni society could be beyond help.

In such a Hobbesian world, radical Sunni groups that promise “stability – of security, home and private property – could win over a popular base that would be very difficult to dislodge. This was how the Taliban were initially welcomed into Pashtun towns that were shellshocked by war.

Right now, the three seriously radical, armed outfits in Syria – Jabhat al-Nusra, the Ahrar al-Sham, and the Islamic State of Iraq and Syria – likely have no more than 15,000 fighters among them, according to a study of the Syrian opposition by the Washington Institute for Near East Policy. That’s less than 15% of the opposition’s forces- too small a number to consolidate power and rule a post-Assad Syria.

That may be the only good news out of Syria: It’s not too late for the U.S. to influence the war in favor of the rebels who are not bent on establishing an Islamist state.

Right now, Washington seems paralyzed by fear of U.S. weaponry getting into jihadist hands, which is why it has held off on doing more than having the CIA train rebels in Jordan. To make a real difference, the CIA will have to get involved inside Syria, but it won’t take a lot of men to monitor supply lines and figure out who is using U.S. weaponry.

If the U.S. is able to save Syrian Sunni society from the cancer that Assad has created, Western air power will be required to neutralize the regime’s huge advantage in artillery and chemical weapons, which Assad will surely keep in reserve, despite any pledges he makes to the United Nations. The weapons provided through CIA covert action will unlikely be sufficient to knock out the regime’s huge inventory of Soviet and Russian heavy weaponry.

But if the U.S. continues to do nothing other than entertain the chemical-weapons disarmament theater orchestrated by Russia, the West will surely rue America’s passivity. Hard-core holy warriors won’t leave Americans alone because the U.S. has declined to fight. That’s the painful lesson of the 1990s. Contrary to what the president has suggested, the U.S. doesn’t get to declare the battle against Islamic radicalism over.

One thing is certain: The anti-American Sunni Islamic militancy in Syria is now hotter and more magnetic than the latent jihadism that came to power with Mullah Omar and the Taliban in 1996. In the early 1990s, when the Taliban’s ideology was gestating in Pakistani religious schools and the Pashtun areas of Afghanistan, hardly a soul at CIA headquarters paid any attention to the region. It was far away, the Soviets were gone, and Americans, it was said, were “fatigued” from their Cold War exertions.

The Next Breeding Ground for Global Jihad