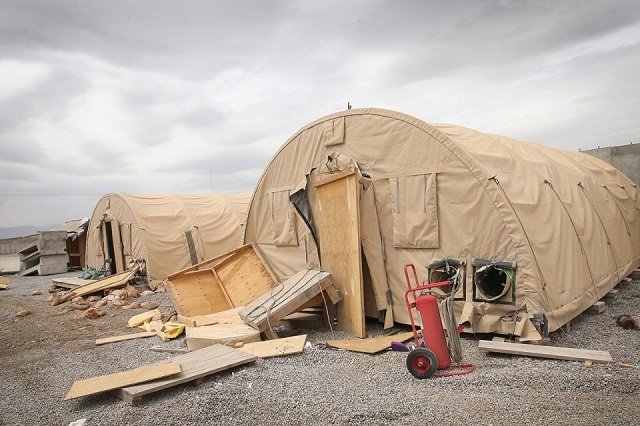 The Disintegration of American Power

October 26, 2015 7:38 am 0
American De-Facto Break-Up of Syria
American Muslims Have Much To Prove
American and Israeli Fates Are intertwined

Every historical event that shapes nations and peoples has a trigger moment that provokes its victory or its defeat, its triumph or its failure. Neville Chamberlain waving the Munich Agreement, Ronald Reagan willingness to walk away at Reykjavik, Jimmy Carter looking helpless after the failed attempt to rescue the American hostages held by the Islamic Republic of Iran. All these moments have and are still shaping American history because they sparked a turning point, either for America’s benefit or for the benefit of our enemies.

In modern terms, when historians revisit the disintegration of American power we are all witnessing today, its trigger moment would have to be Barack Obama tiptoeing backwards on his Syrian Red Line. That moment, and the people behind that decision – Barack Obama and Denis McDonough – will be remembered in the annals of American history as the point in time when the disintegration of American power shone brightest. Obama’s Red Line moment is when the tide turned on America, and her enemies, like ISIS, began filling the vacuum contributed by Obama’s single-minded decision. Obama’s Red Line, in fact, fostered the Islamic State.

Policy makers involved intimately into the process of resolving the challenges they face tend to see the minuscule details of their work. Examining the collective work over a period of time, by looking at the forest instead of the trees, takes a secondary role. In Obama’s case, all the decisions he made since he ignored his own Red Line, which today also culminated in Russia invading Syria and establishing itself as the go-to-country when it comes to the fate of the Middle East, represent the disintegration of American power in black and white. No past U.S. President has caused so much damage to America’s influence around the world in so little time with so many American politicians just shrugging their shoulders. It cannot possibly be that we are the only Americans watching the disintegration of American power at the hands of Barack Obama.

Barack Obama’s explanation for his foreign policy disasters, so far, has been the production of a 35-page paper he entitled “Strategic Patience” in which a Utopian concept is born detailing the many routes to failure of aggressive countries all constructed on the notion that nature imposes an order humans cannot possibly reverse, destroy, or avoid. In Obama’s eyes, Russia will find out sooner or later the folly of its invasion on its own. There is no need for the U.S. to react. Obama’s Strategic Patience concept reminds us of a fireman that watches homes burning under the excuse another one will be built later, so why bother.

America may never recover from its abandonment of the Middle East to our enemies. There is no reason for Russia to quit on Syria anytime soon, whether in Tartus where its Navy is now stationed, or Latakia where it has built a new air base. After Syria, the Iraqis may venture into replacing U.S. power with a Russian presence, which will establish a fortified Iranian occupation of Arab countries stretching to the Mediterranean.

One thing for sure, whomever is going to be the next President of the United States, he/she will have to spend their four years unwinding Barack Obama’s calamitous domestic and foreign policies causing the disintegration of American power, which is going to be the biggest challenge of all.

The Disintegration of American Power