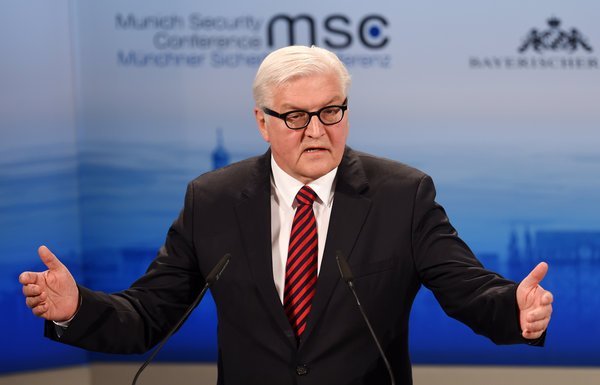 Civil Appeasers Versus Genocidal Terrorists. Guess Who Will Win?

February 15, 2016 9:47 am 0
When Dirty Chicago Politicians Meet Dirtier Iranian Terrorists
Israel Fighting the Real Terrorists in Syria
Obama Made Every American the Target of Terrorists

Germany’s foreign minister pressed Russia and Syria’s psychopath Baschar al-Assad’s regime on Monday to reduce attacks around Aleppo and called on all parties in the Syria conflict to show restraint. This is a war between civil appeasers versus genocidal terrorists. Guess who will win?

Russian bombing raids directed at rebel groups are helping the Syrian army to achieve what could be its biggest victory of the war in the battle for Aleppo, the country’s largest city and commercial centre before the conflict.

“As part of the Munich agreement, all sides are asked to contribute to an immediate reduction in violence, even before a ceasefire comes into effect. This refers to military operations by Russia and the Syrian regime around Aleppo and recent attacks by PYD militias in North Syria.”

Steinmeier is Germany’s Chamberlain. Civil appeasers versus genocidal terrorists. Guess who will win?

The situation in Syria has been complicated by the activity of Kurdish-backed combatants in the area north of Aleppo near the Turkish border, which has drawn a swift military response from artillery in Turkey.

There is little optimism that the deal reached in Munich will do much to end a war that has lasted five years and cost 470,000 lives.

The German government also said on Monday it did not believe that Russia and the West had entered a new Cold War and that in any case it was up to Moscow to prevent such a deterioration in relations.

“To people who talk about a Cold War or the danger of a Cold War, like Russian Prime Minister (Dmitry) Medvedev, all I can say is that this is definitely not the view of the German government,” said German Chancellor Angela Merkel’s spokesman, Steffen Seibert. “One must say that it is in his hands to prevent such a situation.”

It is a case of civil appeasers versus genocidal terrorists. Who will win depends on who has the guns.

Civil Appeasers Versus Genocidal Terrorists. Guess Who Will Win?