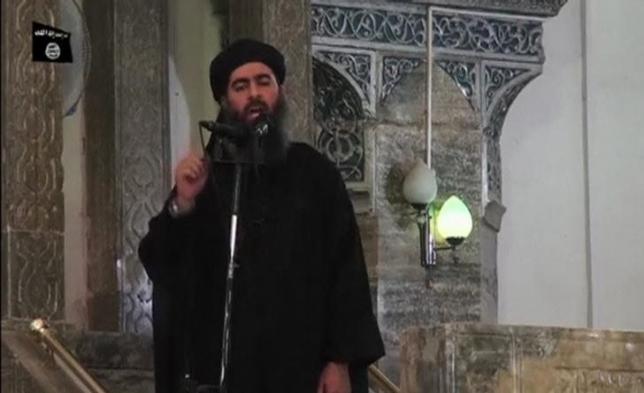 October 11, 2015 11:52 am 0
27 Dead IRGC Terrorists in One Week of Fighting
How Obama Traded American Power to Thugs and Terrorists
France Teaching Obama How to Strike Terrorists

Several senior figures from Islamic State were killed in an air strike while meeting in a town in western Iraq, but the group’s leader Abu Bakr al-Baghdadi did not appear to be among them, residents of the town and hospital sources said. Good riddance Daesh terrorists, burn in hell.

Iraq said on Sunday its air force had hit the meeting and had also struck a convoy that was carrying Baghdadi to attend it. It said Baghdadi had been driven away from the convoy in an unknown condition. The Iraqi military’s announcement was the latest unconfirmed report of the possible death or injury of Baghdadi, who has survived a year of U.S.-led air strikes and multi-sided wars in two countries since proclaiming himself caliph of all Muslims after his forces swept through most of northern Iraq last year.

The United States military declined to comment on the Iraqi military’s report. It is likely the U.S. provided the intelligence to raise the moral of the Iraqi forces.

The Iraqi military said in a statement.

“Iraqi air forces have bombed the convoy of the terrorist Abu Bakr al-Baghdadi while he was heading to Karabla to attend a meeting with Daesh commanders,”

Daesh is the Arabic acronym for Islamic State, also known as ISIS or ISIL. Karabla is a town in Iraq’s Anbar province, an Islamic State stronghold, not to be confused with Kerbala, a Shi’ite holy city in the south.

“The location of the meeting was also bombed and many of the group’s leaders were killed and wounded. The fate of murderer al-Baghdadi is unknown and he was carried away by a vehicle. His health condition is still unclear,” the military said.

An Islamic State fighter reached by telephone said he could not confirm whether Baghdadi had been in a convoy that was struck, but said the group would fight on whatever his fate:

“Even if he was martyred then it will not affect Islamic State. We will lose a leader but there are a thousand Baghdadis. Every minute a leader is born in the Islamic State.”