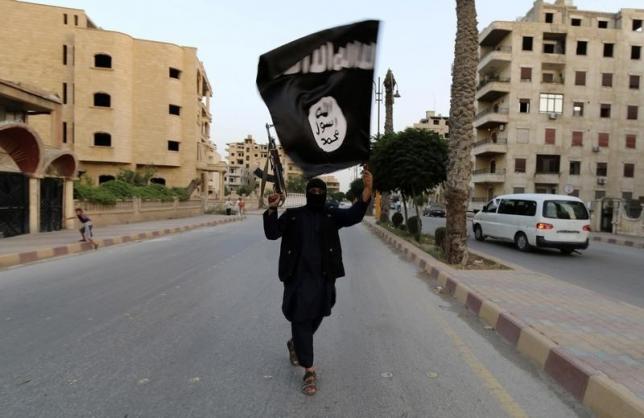 Flow of ISIS Terrorists Unstoppable Because Assad Remains in Power

September 29, 2015 1:52 pm 0
The Alawites should invite the US to strike Assad
Diplomatic Solution for Syria is Impossible Without Assad on Trial
I get it now, Assad is protected to torture Israelis

Nearly 30,000 foreigners, including more than 250 Americans, have joined Islamic State and other militant groups to fight in Syria and Iraq, double the number a year ago, a congressional study released on Tuesday showed.

The United States is doing too little (i.e. Depose Assad) to stop the flow of ISIS terrorists, according to the six-month study by Republicans and Democrats on the House of Representatives Homeland Security Committee.

Flow of ISIS terrorists is unstoppable because Baschar al-Assad, the genocidal maniac ruling Syria, remains in power. However, the report concentrated not on what causes ISIS to recruit, but rather on recruitment and behavioral practices.

The report called urgently for a nationwide strategy for combating the threat from such fighters, with better information sharing within the United states and internationally.

A year ago, authorities estimated there were 15,000 foreign fighters in Syria and Iraq, including 100 Americans.

Several dozen of the fighters have made their way back to the United States, the report said. Additionally, 5,000 of the 30,000 carry western passports that would allow them to enter the United States without visas, according to the report.

“The stats are alarming. Nearly 70 ISIS followers have been arrested in the last year in the United States of America,” Republican Representative Michael McCaul, the committee’s chairman, told a news conference, using an alternative name for Islamic State.

Committee members said their next step was to develop legislation stemming from the 32 findings in the report, which came after extensive travel by the panel’s eight members and consultations with dozens of intelligence and other agencies.

Authorities have failed to interdict the majority of Americans who have traveled to join foreign conflicts. It also found that local communities get too little assistance in spotting warning signs.

“We spend billions of dollars to kill terrorists and keep them out of the United States, but we spend very little on prevention from within, outreach to U.S. communities. A lot of this could be stopped by prevention if we had outreach to these communities,” McCaul said.

However, outreach is not enough. The source of the problem is the terror of Assad against his own people Obama refused to stop.

The study also criticized foreign governments, particularly in Europe, for failing to take measures such as screening travelers against terrorism watchlists or trying to identify forged passports.

And the study looked at the militants’ use of social media to recruit foreigners. McCaul noted, for example, that there are 200,000 Islamic State tweets on Twitter every day.

“We need to get the message out that you are more likely to get a bomb dropped on your head than find adventure in Syria,” said Republican Representative Will Hurd, who was a CIA agent involved in the fight against al Qaeda before he was elected to the House in 2014.

Flow of ISIS Terrorists Unstoppable Because Assad Remains in Power