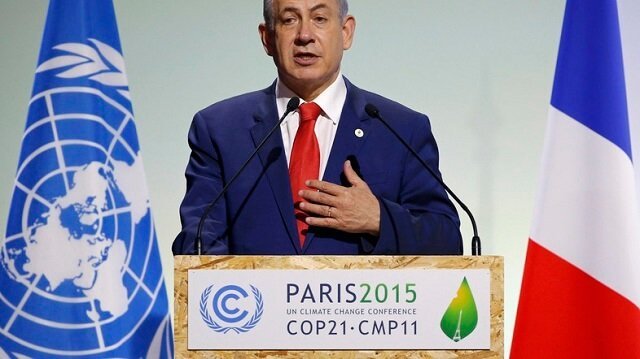 December 2, 2015 8:38 am 0
If you are pro-Syria, should you be anti-Israel?
ObamaCare @ Home, ObamaScare Abroad
Hezbollah is Cornered, Thank the Syrian People

Who do you trust to fight terror? The Syrian regime or Israel? The Iranian Mullahs or the Israeli Defense Forces? Who has most to lose from terror? Democratic Israel or theocratic Iran seeking the rise of one dead Imam only to happen with extreme violence?

On Tuesday, Prime Minister Benjamin Netanyahu admitted for the first time that Israeli forces have been operating in Syria, where the Iran-backed regime is battling rebels with help from Hezbollah and IRGC terrorists.

Netanyahu told reporters during a visit to northern Israel:

“We occasionally carry out operations in Syria to prevent that country from becoming a front against us. We also do everything to prevent weapons, particularly lethal ones, being moved from Syria to Lebanon.”

Netanyahu did not provide further details and his comments were the first public recognition that Israel has been active in conflict-riddled Syria.

But these strikes were not officially acknowledged by Israeli authorities.

Israel opposes the regime of Syria’s psychopath Baschar al-Assad, which has been killing his own people and battling an armed rebellion since March 2011 to remain in power.

Russia, an ally of the Assad regime along with Iran, launched an air campaign against his opponents in late September, which pegs Israeli motives in direct conflict with Russia except if a tacit agreement exists that arms shipments to Lebanon does not fall under this conflict. Conflicting goals while avoiding conflicts.

On Sunday, Defense Minister Moshe Yaalon said a Russian warplane had recently entered Israeli-controlled airspace from Syria but the intrusion was resolved without incident.

Yaalon said Israel and Russia had made arrangements to avoid clashes over Syria, with the agreement said to include a “hotline” and information sharing.

Netanyahu echoed his comments on Tuesday, saying the Israeli and Russian military forces “are in close coordination to avoid such incidents.”

Their remarks came in the aftermath of the downing by Turkey over a Russian warplane which Ankara said had entered Turkish airspace — a claim denied by Moscow.