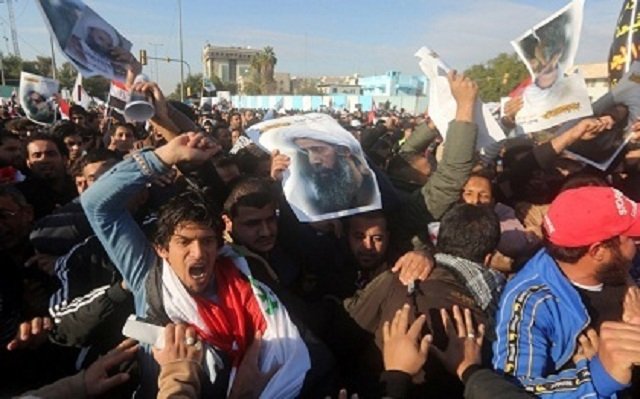 Saudi Arabia on Tuesday accused Iran of a nearly four-decade record of “sedition, unrest and chaos,” as the international community tried to calm tensions between the regional rivals. Low oil prices provide Saudi Arabia with immense powers to dictate the tempo knowing it is negatively affecting the Iranian economy. Even with a new injection of funds the Iran Deal has provided.

Low oil prices permit Saudi Arabia to flex its muscles for the world to see. As such, and in a direct verbal attack on Iran, the Saudi Press Agency quoted an unnamed senior foreign ministry official as saying:

Since the Iranian revolution in 1979, Iran has established a record of spreading sedition, unrest and chaos in the region. During the same period, the kingdom has maintained a policy of restraint in spite of having suffered — as have neighboring countries — the consequences of Iran’s continued aggressive policies.

The official said Iranian policy was based primarily on the idea of exporting revolution.

Tensions between Sunni-ruled Saudi Arabia and predominantly Shiite Iran reached a new high this month when Riyadh and a number of its Sunni Arab allies cut diplomatic ties with Tehran.

They acted after protesters burned Saudi diplomatic missions in Iran following the kingdom’s January 2 execution of a Shiite violent cleric.

Further, Iran has been supporting the psychopath Assad regime kill and starve its own people as well as cleanse Syria of all Muslim Sunnis, which has turned Syria’s civil war into a deadly sectarian between the two violent branches of Islam represented by al-Qaeda/ISIS on the Sunni side and Wilyat al-Faqih on the Shiite side.