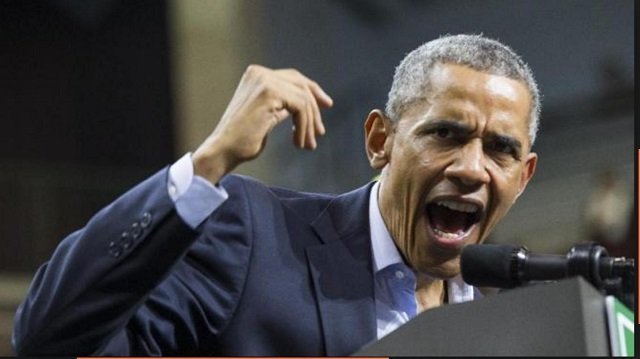 Syria Is Far More Chaotic With Assad Than Without Him

You heard the stereotypical excuses masochistic politicians tend to say when pressed about the fate of Assad. Our favorite is “the devil you know…”, which says a lot about those saying it. As if the Assad flagellating exacting terror and mayhem is not enough. Today, Syria is far more chaotic and far more violent with Assad than without him.

Many are eager to point to Libya as the best example of what might happen when a political void is left unattended. Excuse us a minute, there is no void in Syria, so how do you explain the extreme terror, the rise of al-Qaeda, and the new powers of ISIS, which Obama touted as contained? How do you account for all these terrorists flooding Syria from over 100 countries when Syria’s central government remains in power? Such flooding did not occur in Libya. Syria is far more chaotic and exceedingly more violent with Assad in power than with him out of power.

So why, one asks, Barack Obama neglects the obvious? Where does his obsession with keeping Assad afloat come from? It certainly is not the political void his inexperienced and naive national security staff keep suggesting for not having helped the moderate rebels gain the upper hand.

If terror is the aim, psychotic dictators like Assad are your men. They attract it like honey attracts bears. Maybe terror and its rise is Obama’s goal all along. For Obama, terror provides an inner peace and the right to usurp his powers. Why should he eradicate it for few innocent American lives?

Everyone interested in Middle Eastern politics knows how Syria got to become the center of gravity for terror and terrorists. Everyone knows that because Obama did not assist the moderates rising against the tyranny of the psychopath Baschar al-Assad, the foreign Islamists quickly filled that void. If anything, Barack Obama stands accused of entitling terror in Syria to the point where it has become the destination of choice for Islamists to reach from over 100 different countries. Obama’s policies created all the terror in Syria.

Was it out of ignorance? We doubt it. Obama is leaving a mess behind because he is a messed-up president with a messed-up personality full of anger over the abandonment of his father and later his mother. Children never recover from these traumatic events. Just ask any psychiatrist.

Syria is far more chaotic with Assad than without him; yet, Assad persists because Barack Obama, by nature, empowers terror. If he is angry, terror feeds his need to show that anger the result of his own intentional making.

Name a region, a country, or a place Obama touched and peace followed by those he touched. Name just one. None exists because Obama reflects his anger by sowing terror and destruction. Obama is the master of all masters of terror. The real angry Frankenstein glued from parts made in angry places, by angry and destitute people whose extreme leftist policies human history has recorded their many failures but whose ideology persists in spite of history.

Obama’s masterpiece of terror is Iran. Just watch 2016 closely as the Mullahs in Iran break away from every promise they made and every signature they affixed. Obama will, of course, find one excuse or another to ignore Iranian terror. But deep inside, Iran is Obama’s chef d’euvre. The satisfaction Obama will draw from the Mullahs’ terror will be immeasurably satisfying and pleasing for his messed-up personality.

Syria is far more chaotic with Assad than without him. Obama is aware of this fact and this is why he has protected Assad all along. Assad’s terror satisfies Obama’s messed-up personality immensely. While the world watches Iran, Syria, and Hezbollah in 2016 exceed the limits of all rational thinking, Obama will be sipping Champagne in celebration of the terror he is most comfortable with.

Syria Is Far More Chaotic With Assad Than Without Him