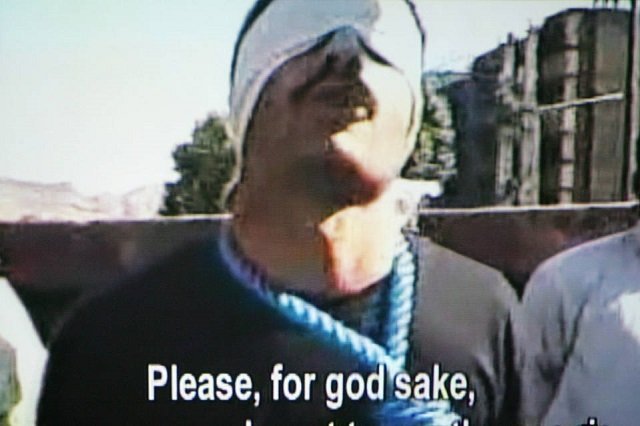 TFS Note: The Mullahs ruling Iran are barbaric savages. Any liberal attempt at bringing them into the fold of civilized people will fail miserably. How else would you label these barbarians when they stone women to death for adultery or hang men for the same offense? How else would you describe them for starving women and children in Syria or their snipers targeting the uteri of pregnant Syrian women foraging for food in order not to starve? There is no normalizing Iran. There is only normalizing barbarism by today’s liberals.

In Syria, Bashar Assad is trying to bring his enemies to heel by blocking humanitarian convoys to desperate civilians living in besieged towns. The policy is called “starve or kneel,” and it is openly supported by Hezbollah and tacitly by Iran, which has deployed its elite Quds Force to aid Mr. Assad’s war effort.

So what better time for right-thinking liberals to ask: “Is Iran really so evil?”

That’s the title of a revealing essay in Politico by Stephen Kinzer, a former New York Times reporter now at Brown University. “The demonization of Iran is arguably the most bizarre and self-defeating of all U.S. foreign policies,” Mr. Kinzer begins. “Americans view Iran not simply as a country with interests that sometimes conflict with ours but as a relentless font of evil.”

Mr. Kinzer’s essay was published Sunday, as sanctions were lifted on Tehran and four of America’s hostages came home after lengthy imprisonments. The Obama administration publicly insists that the nuclear deal does not mean the U.S. should take a benign view of Iran, but the more enthusiastic backers of the agreement think otherwise. “Our perception of Iran as a threat to vital American interests is increasingly disconnected from reality,” Mr. Kinzer writes. “Events of the past week may slowly begin to erode the impulse that leads Americans to believe patriotism requires us to hate Iran.”

What a weird thought. My own patriotism has never been touched one way or another by my views of Iran. Nor do I hate Iran—if by “Iran” one means the millions of people who marched alongside Neda Agha-Soltan when she was gunned down by regime thugs in the 2009 Green Revolution, or the fellow travelers of Hashem Shaabani, the Arab-Iranian poet executed two years ago for “waging war on God,” or the thousands of candidates who are routinely barred from running for Parliament for being insufficiently loyal to the Supreme Leader.

This is the Iran that liberals like Mr. Kinzer ought to support, not the theocratic usurpers who claim to speak in Iran’s name while stepping on Iranian necks. But we are long past the day when a liberal U.S. foreign policy meant shaping our interests around our values—not the other way around—much less supporting the liberal aspirations of people everywhere, especially if they live in anti-American dictatorships.

Today’s liberal foreign policy, to adapt Churchill, is appeasement wrapped in realism inside moral equivalency. When it comes to Iran policy, that means believing that we have sinned at least as much against the Iranians as they have sinned against us; that our national-security interests require us to come to terms with the Iranians; and that the best way to allay the suspicions—and, over time, diminish the influence—of Iranian hard-liners is by engaging the moderates ever more closely and demonstrating ever-greater diplomatic flexibility.

That’s a neat theory, proved wrong by experience at every turn. The Carter administration hailed the Ayatollah Khomeini as “a saint.” Our embassy was seized. Ronald Reagan sent Khomeini a birthday cake, along with secret arms, to facilitate the release of hostages in Lebanon. A few hostages were released, while others were taken in their place. The world welcomed the election of “moderate” President Mohammad Khatami in 1997. Iran’s illicit nuclear facilities were exposed during his second term.

In 2009, on the eve of presidential elections, the New York Times’s Roger Cohen celebrated “the vibrancy of a changing, highly educated society” that he had found on his visits to Tehran. “The equating of Iran with terror today is simplistic,” he wrote. After the election, he ran for his life from the terror of the same street militia that had murdered Agha-Soltan.

Now we’re supposed to believe that the change Mr. Cohen and others had hoped for has finally arrived. The proof, supposedly, is that the regime has so far kept to its nuclear promises (in exchange for a $100 billion windfall), that it swiftly released U.S. sailors (after scoring a small propaganda coup), and that it let the other hostages go (though only after very nearly taking the wife and mother of one of those hostages in his turn, and then after an additional $1.7 billion reward from the U.S.).

Are these signs of a new-and-improved regime? Or merely one that is again being given good reasons to believe that it can always extract a bribe for its bad behavior? The notion of moral hazard, fundamental to economics, has a foreign-policy dimension, too. Any country that believes it will never be made to pay the price for the risks it takes will take ever-greater risks. It’s bad enough when the country in question is Greece. This is Iran.

Iran will become a “normal” country only when it ceases to be an Islamic Republic. In the meantime, the only question is how far we are prepared to abase ourselves in our quest to normalize it.

Sunnis and Shia Can Build Syria Together
Just another proxy war
For Every Carter, There is a Reagan
Iranian Terror 528 Opinions 825