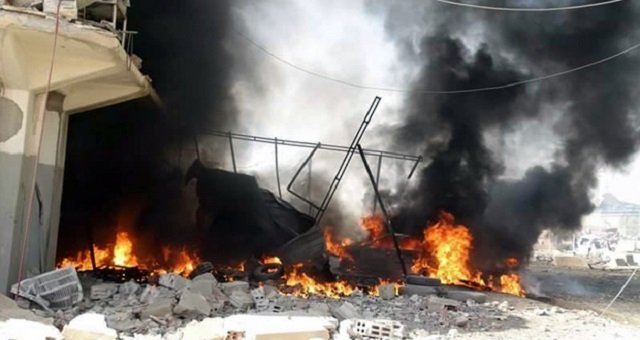 Kurds Have Evidence When ISIS Strikes Assad is Behind it

Syria’s Kurds on Monday accused a pro-regime militia of being behind two deadly bomb blasts that killed nearly 20 people in the city of Qamishli in recent weeks.. The Kurds have evidence when ISIS strikes Assad is behind it.

The statement comes a month after clashes erupted between Syrian Kurdish forces and pro-government fighters in the city in northeast Syria, where control is shared between the Kurds and the Assad regime.

A spokesperson for the Kurdish Asayish security forces said members of the National Defense Forces were behind blasts on December 31 and January 24, even though the Islamic State group claimed both attacks.

Based on our sources and evidence, and our investigations, we have confirmed that a faction within the National Defense Forces was behind the recent bombings. We have evidence, and this is the first time that we are saying the NDF is behind these blasts because we have the evidence.

Saadun declined to elaborate on what evidence pointed to NDF involvement, but said the explosions were intended to “undermine security and create sedition.”

The accusations, which were also made in an official Asayish statement, come after three people were killed on Sunday in a blast outside an Internet cafe in a mostly Christian part of Qamishli.

That explosion followed a December 31 attack in which three blasts at restaurants in the city killed 16 people and wounded dozens more.

Qamishli, in Hasakeh province, is under the shared control of the Syrian regime and Kurdish authorities, who have declared zones of “autonomous administration” across parts of north and northeast Syria.

Tensions have erupted between the Asayish and the NDF, with two NDF members killed in an exchange of fire with Kurdish forces on December 17.

The deaths came during several days of tensions between the NDF and Asayish, which had accused the pro-regime fighters of attacking one of their patrols.

Kurds Have Evidence When ISIS Strikes Assad is Behind it